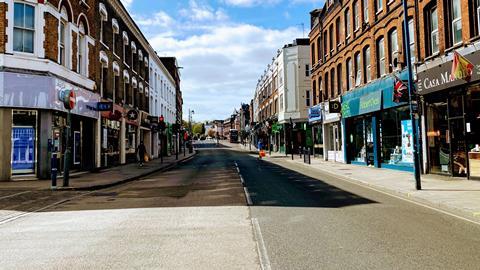 The government is considering an online sales tax as it looks for ways to save the high street after coronavirus. It’s among the ideas in the government’s call for evidence on business rates reforms, published last week.

The call for evidence suggested an online tax would be a remedy to what commentators have called an “unreasonable burden” on traditional retailers, more dependent on high-value property than online players.

The story gained momentum on Monday, with a report in The Times that the government was considering two types of online sales tax: a levy of around 2% on goods sold online, raising about £2bn a year, or a charge on deliveries, as part of a campaign to cut congestion and emissions.

A number 10 spokesman said: “The pandemic has had a significant impact on how business is done and the effect of this will become clearer over time.”

“We’ll continue to support businesses as far as possible but we must also ensure that the tax system raises sufficient revenue to fund our vital public services.”

It’s not the first time such as tax has been proposed. In fact, a 2% levy on goods sold online is exactly what Tesco CEO Dave Lewis called for last year.

But does would it actually help retail?

In a literal, mathematical sense, not necessarily. At least not for retail as whole.

While it would place an additional burden on online retail, there are no guarantees the money raised would be used to offset overall business rates.

Even if it was, retail only pays about a quarter of the overall business rates bill, so would only be entitled to a quarter of the benefit. Any more could give rise to claims of state aid, says British Retail Consortium policy advisor Dominic Curran.

“So, you’d be taxing retailers 100% of the new tax and only giving them back 25% of the benefit in rate cuts,” says Curran.

Clearly it would benefit retailers who aren’t trading online. But for the majority of supermarkets, online sales have boomed as a result of the coronavirus lockdown. And online’s share of grocery is only expected to keep growing.

“This would really just be a tax on the future,” says Curran. “It might make sense today but in 10 years’ time, when instead of trading 30% online we’re trading 60% online, that doesn’t begin to look like such a clever idea.”

Elliott Jacobs, EMEA commerce consulting director at LiveArea, says: “This is the opposite of encouraging business. It’s a protectionist move, that jars with modern trends and preferences. It’s protecting the old rather than embracing the new.”

As for taxing online deliveries to cut congestion and emissions, that ignores trips made to brick & mortar shops. The idea that online delivery is bad to the environment at least needs to be questioned.

“No one’s done the counter-factual: how many journeys are delivery vans replacing?” says Curran.

The call for evidence also suggests a capital value tax, an alternative to business rates based on the value of land, and property on it, and payable by the owner rather than tenant.

But that’s a project requiring the revaluation of all retail property on new terms, and the identification of all the landowners, when a significant proportion are unknown, the information made opaque by complicated trusts and gifts from kings to families hundreds of years ago.

It would take time to get right, and a transitional period, when retail needs remedies fast.

The BRC continues to call for changes to the existing system, including an end to downward transitional relief – which limits how quickly a bill can fall in line with a drop in rateable value – a more efficient appeals process and a reduction in overall burden to a more internationally competitive level.

“An online sales tax today is just going to be the business rates problem of five, 10, 15 years’ time,” says Curran. “Why not just have a business rates system that works?”