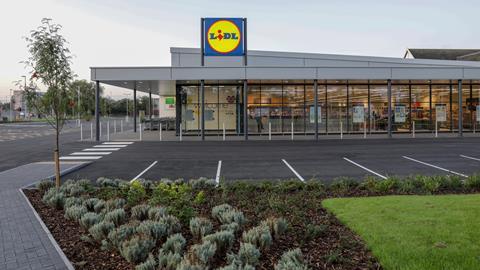 Why has Lidl decided to publish GB financial results for the first time?

Lidl’s full-year financial results last week raised as many questions as they answered.

That’s partly because they didn’t answer many. Apart from being heavy with details of plans already announced – as results often are – they were the first full-year accounts for the GB business, meaning there was no history against which to measure them.

Which explains the relative silence from analysts when the results dropped on Thursday morning versus the commentary that typically follows a major supermarket’s results. “There’s nothing to compare it to. It’s free-standing,” said one analyst at the time.

The accounts revealed a £13.6m loss after tax for the year ending 29 February 2020, which came with the opening of 51 new stores and extra warehouse capacity. News reports largely focused on this, setting it against the £11.7m profit of the year before. But those two figures are actually non-comparable, because the nature of the company has changed. Now, Lidl GB is what you might expect – Lidl’s British operation. Previously, it “mainly did the payroll operations for us”, according to Lidl GB CEO Christian Härtnagel. The wider GB results previously formed part of the group accounts.

The real news, then, is that Lidl has chosen to publish its GB accounts as a standalone this year. It’s the “first time we ever we are showing our accounts in this level of transparency”, said Härtnagel as the accounts were published.

And the biggest question raised is why now, after 27 years in the UK?

Härtnagel explained it as simply stemming from a wider group reorganisation of registered entities. “We looked at what that means for the UK and came to the conclusion it was a huge opportunity to clean it up a little bit and make it easier and streamline it, as a discounter should do,” he said.

Analysts believe there is more to it than that, with the move likely pointing to new confidence in and commitment to the GB market, and willingness to be compared more closely to peers.

“Generally, larger private retailers are transparent when it suits them to be,” notes GlobalData retail analyst Thomas Brereton.

“I would say it’s a sign of an aim to be more symbiotic with the UK retail market in the sense that everyone else releases results.”

Analysts agree that little should be read into the loss. It’s simply part of the strategy of a discounter at Lidl’s stage of growth in the UK. Getting the right balance between profit and reinvestment for the long-term is crucial and while a loss is undesirable, making a profit won’t be the aim either. Instead, somewhere close to flat is on target, argues Brereton. In the context of Lidl GB’s £6.9bn revenue, the £13.6m loss isn’t far off.

Some analysts see the loss as largely positive. “This is a business clearly investing for the long-term, noting the headline losses,” says Shore Capital’s Clive Black.

It’s a view aligned with Härtnagel’s own. “There are no surprises in these accounts [for us],” he told The Grocer.

“We’re not a traditional grocer. We are a privately owned business and every decision, every strategy and investment decision, is based on the long-term sustainability of our business model.

“The parent company, Lidl Stiftung, the international board, the owner, everyone sees the huge potential in this market.”

As evidence he points to the £1.3bn investment plan for 2021-2022, which follows £1.4bn in 2019-2020. “In the last four years, we’ve opened seven new regional distribution centres,” he adds. “That is obviously future-proofing our logistical infrastructure. And of course that is hitting the bottom line.

“If you operate on wafer-thin margins as a discounter does then a record investment programme has its price. So, no surprises to us and we’re 100% committed to this market, seeing huge opportunities for us.”

It’s this growing commitment to and confidence in the UK market to which the new accounting arrangement points, along with an expectation that in 12 months’ time, when we get comparable accounts, the news will be good.

What we know so far of Lidl’s performance in 2020-2021 – not least the 17.9% till roll sales growth attributed to it by Kantar in the four weeks to 27 December, behind only Iceland amongst bricks & mortar supermarkets – suggests it will be, says retail analyst Nick Bubb.

“Given the startling outperformance at Christmas, I the guess year-ending Feb 2021 sales will be not far short of £8bn, so that’s pretty impressive,” says Bubb. All the more so with a like-for-like figure from the previous year to compare it with.