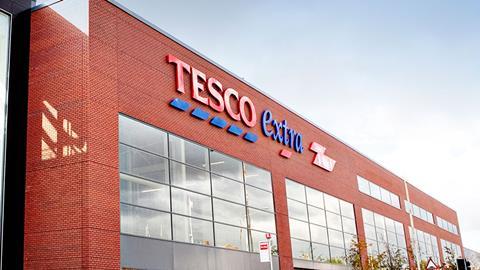 Why have Tesco and Carrefour bid adieu to their buying alliance?

When Tesco and Carrefour summoned leading suppliers to Geneva to discuss plans to “harmonise” rebate terms in March 2019, having signed a deal to combine their global buying power the previous summer, there was a hint of James Bond villain about the whole affair.

Here were two supermarket giants with combined sales of more than £120bn apparently intent on knocking some serious heads together to get better prices, on a global footing… or else.

But the shivers that must have gone up the spines of even the hardiest suppliers as The Grocer first revealed the news appear to have been wasted energy. Because the entente cordiale has fizzled out, without ever coming close to living up to its best (or worst) expectations.

Tesco and Carrefour today released the briefest of statements saying they would not be extending their agreement because they wanted to focus on “their own opportunities”.

It’s a far cry from Tesco boss Dave Lewis’s 2018 declaration that: “By working together and making the most of our collective product experience and sourcing capability, we will be able to serve our customers even better, further improving choice, quality and value.”

So what put paid to the alliance? Certainly the fact that the extraordinary period since has seen the upheaval of not only Brexit but also the coronavirus pandemic. With plenty to worry about in their own markets, Tesco and Carrefour no doubt had little attention spare for European or global domination.

They also clearly underestimated the French competition authorities, who after an initial investigation forced the retailers to commit to an agreement that seriously undermined the potential scope of the alliance.

The decision, which emerged in December but was given little mention in the UK due to the news agenda at Christmas, meant the retailers were forced to exclude certain categories of fruits & vegetables from the agreement, limit their co-operation for other categories (including fromage frais and cheese) and guarantee SMEs the possibility of applying to calls for tenders launched by the two groups for their supply of private labels.

In fairness, the French authorities had made their disquiet about buying agreements clear the year before – having forced hypermarket giants Auchan, Casino, Metro and Schiever to reduce the scope of their own landmark joint purchasing agreement.

And in April it emerged they were on the warpath again, with supermarket group Intermarché facing a possible fine of €150m after the French economy ministry asked the Paris Commercial Court to sanction it over alleged abusive practices towards its suppliers.

Given such a regulatory backdrop (without even mentioning the threat of GSCOP in the UK) it could be argued that the writing was on the wall for the agreement, even without the internal circumstances facing Carrefour and Tesco.

Carrefour has faced a rollercaoster period since its potential takeover by Canadian rival Couche-Tard collapsed at the start of the year amid opposition from the French government.

Meanwhile, since taking over the reins at Tesco, Ken Murphy has shown he is determined to further simplify the Tesco businesses and concentrate on its core strategy of EDLP, loyalty and achieving online growth.

“Anything that involves cross-border agreements is notoriously difficult to pull off in this space,” says Ged Futter, founder of The Retail Mind. “Add to that the huge scrutiny that has been coming on retailers from the competition authorities and it’s easy to see why this deal has fizzled out.”

David Sables, CEO of Sentinel Management Consultants, adds: “The benefits of the deal were always questionable.

“Whether it was an attempt for the two partners to be able to sell their products across their respective territories, or, what is more the case, an attempt to create a buying group which could put the squeeze on suppliers, there has been very little of evidence of success either way.

“The fact is it’s shown, as have previous attempts to set up what are in effect buying groups, that a strategy of trying to get suppliers to play ball by warning them that they will have to drop their prices otherwise you will crash their businesses in other territories, just doesn’t work.”

Indeed, history is littered with the bodies of buying groups, many of which have faded away even quicker than Tesco and Carrefour’s.

As well as Auchan, Casino Group, Metro and Schiever Group’s alliance hitting the rocks, Asda withdrew its membership of European buying group EMD after less than two years following what is generally regarded as Walmart’s own failure to use its scale to squeeze suppliers.

Yet, as one source suggests, today will still have produced a “sigh of relief” from suppliers. Especially those who remember getting their invites to Geneva and wondering if they would make it back with their business plans – and everything else for that matter – still intact.