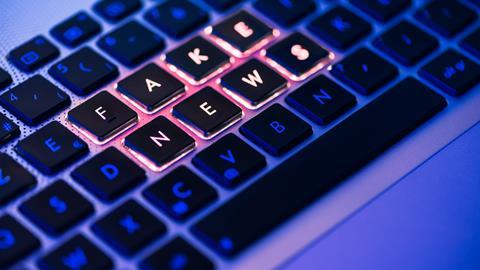 What if I told you that drinking water every 15 minutes flushed Covid-19 from your body? Hopefully, you’d call me out for spreading fake news.

There’s a method behind my misinformation, though. It’s to illustrate how the global pandemic has provided a rich opportunity for propagators of online falsehoods – and food & drink is no less vulnerable a topic than any other.

In fact, it’s been victim since the early days of the coronavirus outbreak, with fake news spreading around the globe via platforms such as Facebook, where those drinking water claims originated.

Take, for instance, the case of the woman in the Chinese province of Zhejiang who read online that raw garlic could protect against Covid-19. She ate so much that she ended up needing hospital treatment, the South China Morning Post reported in February. “It inflamed her throat to the point where she could no longer speak.”

The following month in the UK, some supermarkets’ ice cream segments were apparently avoided by stockpiling shoppers, as erroneous advice did the rounds claiming the frozen dessert increased the risk of contracting coronavirus.

And there’s been such a boom in online ads promoting fake coronavirus cures and treatments that the Advertising Standards Authority has focused its efforts on combatting the problem.

“Our response to the crisis has been to re-prioritise our work to spot and tackle companies or individuals seeking to use advertising to exploit the circumstances for their own gain,” ASA CEO Guy Parker told The Drum. “This includes ads that exploit people’s health-related anxieties.”

It’s an agile move for a watchdog that in the past has been criticised for sometimes glacial progress in tacking complaints. The authority has set up a ‘Report a coronavirus ad’ service in response to “the small number of advertisers who are seeking to use the Covid-19 pandemic to their own benefit”.

So far, the problem seems largely driven by unscrupulous vendors of face masks. But on a long enough timeline, bogus food and drink ads are inevitable – and they could have serious consequences, not only on consumers’ health but on the industry.

It’s an issue that top fmcg executives have been vocal about for some years. More recently, EC health & food safety commissioner Vytenis Andriukaitis warned in Feburary that fake news could undermine faith in the food sector. Appearing at the International Food Journalism Festival, he said: “Fake news, misinformation, lies – whatever name we give it, there is no denying that it is rife these days.”

Global incidents of food fraud are at a dizzying high, and the UK’s exit from the EU is another threat to food safety on these shores. It’s vital that fake news doesn’t further weaken the industry – which should strive to support the ASA’s efforts as best as it can.

Last year, Taiwan clamped down hard on food-related misinformation, instigating a £26k fine or up to three years’ imprisonment for those found guilty of spreading fake food security news.

We can only hope the UK government isn’t forced to do something similar.