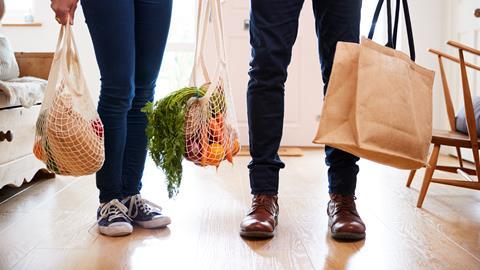 Sustainable shopping will cost a monkey. But don’t panic: no simians will be harmed. A ‘monkey’ is both slang for £500 and nigh-on the extra amount a typical shopper spends each year on ethically sourced groceries.

At least, that’s what today’s Daily Telegraph reports, citing research commissioned by renewable energy supplier Pure Planet. It found that “it costs an average £476 a year to buy ethically sourced products compared with the own brand equivalents in supermarkets” says the broadsheet, comparing a £3 jar of peanut butter from organic brand Whole Earth with the Tesco own-label equivalent for £1.30.

Some products can afford to be cheaper “because the real costs of making them have been externalised” Greenpeace tells the Telegraph. This might be “environmental damage from waste and pollution, workers being paid low wages, or more emissions”.

It’s a cost to the planet that more and more Brits are unwilling to pay. Last week, a study by Co-op found ethical consumer spending in the UK had hit record levels, with the total market having risen almost four-fold in the past 20 years to more than £41bn across food, drink, clothing, energy and travel. Food and drink enjoyed the lion’s share of the ethical sector, generating £12bn in 2018.

Such commitment to sustainability is further illustrated by the ebullient support for Veganuary. In 2019, it signed up a quarter of a million participants as suppliers flooded supermarket aisles with plant-based NPD. This year is already looking set to be markedly bigger.

But given the reported extra £500 it costs to shop ethically, one has to wonder if shoppers will keep up their admirable behaviour in the face of economic pressure. Inflation in food and non-alcoholic beverages continued to rise in the 12 months to the end of November 2019, growing 2.1%. And prices are widely forecast to soar once Brexit kicks in.

In response, Brits are cutting back. They were “carefully watching their budgets” in the run-up to Christmas, says Fraser McKevitt, head of retail and consumer insight at Kantar – which today published its latest grocery market share figures.

“In fact, many of us cut back on traditional and indulgent festive classics,” he adds. “Sales of Christmas puddings were down by 16%, while seasonal biscuits were 11% lower. Turkey sales also fell by 1%, partly down to a shift from whole birds to smaller and cheaper joints such as crowns.”

At the same time, the environmental crisis facing the Earth has, arguably, never been so stark. As Australia burns, climate scientists have detected the “fingerprint” of climate change in every day of weather in the global record since 2012.

The question, then, is will ethically minded people continue to shop based on their principles, or will their wallets have greater sway on their grocery decisions? Like the future of our world, the answer rests on a knife-edge.