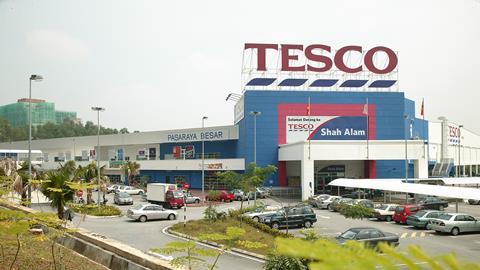 Will Tesco push ahead with its dividend payment and risk a PR storm?

Tesco is reportedly set to press ahead with a £550m dividend payment to shareholders this week, risking a public backlash given it stands to benefit considerably from the government’s emergency coronavirus help to the retail industry.

Announcing its annual results on Thursday, Tesco is expected to reveal a bumper rise in annual profits to around £1.85bn, from last year’s figure of £1.56bn.

The supermarket’s coffers are also set to be swelled by the £8.2bn sale of its Thai and Malaysian operations to Asian conglomerate CP Group.

Although the sale of its Asian arm will generate a £5bn special dividend for shareholders when confirmed, a cash-rich Tesco is understandably keen for its shareholders to benefit this week from its dramatic recent resurgence by paying a full-year dividend.

That dividend is expected to be worth around 5.6p per share, adding up to close to £550m.

In normal times, there is nothing particularly controversial about this payment, which tops up a half-year dividend of 2.65p per share paid six months ago.

However, the coronavirus crisis has bought shareholders’ dividends into the spotlight – particularly for those companies giving cash to investors while benefiting from state support.

Airline EasyJet has been slammed for paying a dividend while using government aid for furloughed workers, while UK banks including Barclays, HSBC, Lloyds, Royal Bank of Scotland and Standard Chartered were told not to pay dividends by the Bank of England.

A host of corporate names – including Morrisons – have scrapped their dividend payments during the crisis, given the extra pressure the lockdown has put on corporate balance sheets.

But the crisis has actually boosted business at Tesco (the supermarket’s sales were up 17.3% in the four weeks to 22 March), making the argument to scrap its dividend more about PR than pounds and pence.

The reputational problem for Tesco is that it stands to benefit to the tune of around £700m from the Chancellor’s decision to give UK retailers a business rates holiday – meaning the supermarket could effectively be seen as taking money normally due to the Treasury, and instead giving a similar sum back to its investors.

In reality, the two issues are not linked – but Tesco could find itself in the uncomfortable position of defending payments that overwhelmingly go to large institutional investors, while itself benefiting from emergency aid designed to help shut-down retailers survive this unprecedented crisis.

“It may be expedient for Tesco to defer its final full-year 2020 dividend until the country and the business has a better understanding of the lay of the land… Until there is greater clarity and surety, it may be the wise thing to do, as ‘we are all in this together’,” said Black.

There is no guarantee Tesco will actually benefit from the business rates relief in the long run, given growing calls for supermarkets to be exempt from the programme.

The Sunday Times quoted a number of retailers demanding supermarkets should “hand the relief money back and give it to the NHS” rather than pocket the estimated £3bn.

However, this state aid needs to put in context.

The food retailers are not using this crisis to make money hand over fist – they have incurred huge extra costs to meet the unprecedented spike in demand and it does not seem unfair that the government financially helps this vital industry in their bid to keep the nation fed.

Secondly, where some Premier League clubs are being pilloried for furloughing staff, the supermarkets are going to great lengths to look after employees – from putting vulnerable staff members on full pay for 12 weeks, to paying staff bonuses and recruiting tens of thousands of new workers.

Tesco itself has not had an easy PR ride over the years. It would be a shame for it to be painted as one of the unacceptable faces of UK plc after all the effort that has gone into its spectacular turnaround, and all the exceptional work it and its contemporaries are doing to prevent the country from going hungry.

Whatever decision Tesco makes on its dividend – or potentially what to do with its business rates rebate – it will either face angry shareholders or an angry press and public.

The Tesco board needs to decide which of those groups can be upset while causing the least amount of long-term damage.