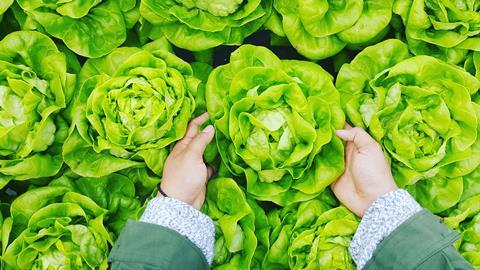 We all thought last Halloween, when Boris Johnson gave us all a peek over the no-deal cliff-edge before yanking us back at the last second, was scary. But this year’s edition is proving even more frightening.

Not only are Covid-19 cases and deaths on the rise again, but the Brexit countdown clock is insidiously ticking down towards zero.

With Brexit just 43 working days away, the food and drink industry is still largely in the dark about what’s going to happen after we’ve sung Auld Lang Syne on New Year’s Eve.

And for the fruit & veg sector, this uncertainty is already having a chilling effect.

On Wednesday, British Summer Fruits CEO Nick Marston told The Grocer that some growers had already begun to cut back on planting and production for the 2021 season.

Why? Because if there aren’t enough seasonal workers to pick crops, there isn’t much point in growing them in the first place.

Growers have long warned that if the government stopped non-UK seasonal workers from entering the country, we would see commercial British farming shut up shop.

The government seemed to get this and launched a pilot SAWS scheme in 2018, which Boris Johnson then extended to include 10,000 visa permits at the start of this year.

Now, with growers meant to have started recruitment for next year back in September, Defra says it is “continuing to work hard” with the Home Office and other government departments. But what is there to work on?

If the government is as hot on data science as Dominic Cummings claims it is, it would see that the SAWS pilot has worked for two years. It would also see that Pick for Britain, despite its good intentions, was a failure.

So to clear up any ambiguity Mr Cummings, here is some pretty conclusive data courtesy of the NFU and British Summer Fruits.

UK-resident workers (so not necessarily British people), made up just 11% of the overall workforce in 2020.

Out of 24,775 seasonal roles filled on soft fruit farms, just 1,762 (or 7%) of all driver, picking or packhouse jobs were taken up by first-time UK-resident workers. Of that number, just 398 performed picking roles for six weeks or more.

UK-resident first-timers were, on average, 51% as productive as their non-UK colleagues. The highest level of productivity by a British-based first-timer was 87% of their foreign counterparts.

These numbers are stark. The inconvenient truth for this anti-migration government is there is no short or medium-term alternative to SAWS.

To pretend otherwise not only holds the growing industry in contempt but suggests this government frankly doesn’t give a toss where the UK’s food comes from.

Given it has already opted not to enshrine post-Brexit protections for UK food standards in law, not done enough to recruit enough vets to deal with meat exports and has nonchalantly accepted the likelihood of massive tailbacks at Dover, this suggestion seems to look more and more like the reality by the day.

As Nick Marston says: “I can’t believe the government would treat manufacturing or financial services in the same way.” And it’s a wonder it doesn’t, given the success story of the British food and drink industry in recent years.

The government needs to increase the size of the SAWS and it needs to do it now. If not, the UK will begin to wave goodbye to its truly world-leading commercial farming industry.