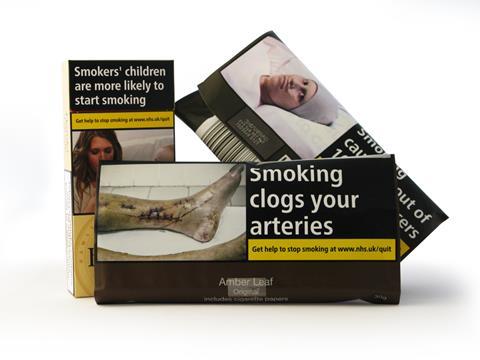 The problem appears to have mainly impacted the UK’s wholesale sector, which has been experiencing supply problems on some of JTI’s top-selling tobacco lines such as Amber Leaf and Sterling 30g, as well as Hamlet cigars for several months.

Strict new rules around plain packaging and the banning of smaller tobacco packs coming into force on 20 May have resulted in sporadic supply issues on a number of leading brands from several tobacco suppliers as stock levels of non-compliant packs ran out at different speeds. However the problems at JTI have persisted.

Wholesale sources suggested the problems were connected to the manufacturer’s switching of production from its plant in Ballymena, Northern Ireland, earlier this year, to Poland. The Grocer understands it is bringing some production back to Northern Ireland to help resolve the issue as currency changes have played havoc with the economics.

“I’ve never known JTI to have such problems. Amber Leaf has been on/off in availability,” confirmed one leading wholesale source.

Another wholesaler branded the situation a “shambles”. “They have been on allocation for months and keep putting the resolution date back. Amber Leaf was our largest RYO line but it has lost significant share.”

A third wholesale operator, who confirmed there were also issues with Sterling rolling tobacco, said the situation was beginning to damage its own relationship with customers. “It has had all sort of supply problems, which are considerably impacting our business,” he argued. “Now some of our customers are starting to blame us for the problems even though we can’t do anything about it. There is also the worry that if this persists retailers could be tempted to turn to the illicit trade.”

A JTI spokeswoman said: “Following disruptions caused by the recent TPD2 regulations which have seen smaller packs of cigarettes and tobacco disappear from gantries consumer demand has shifted towards a different set of SKUs. We have continued to work with wholesalers and retailers, and the availability issues we experienced have been significantly improved. We are confident our availability will soon return to our normal high levels.”