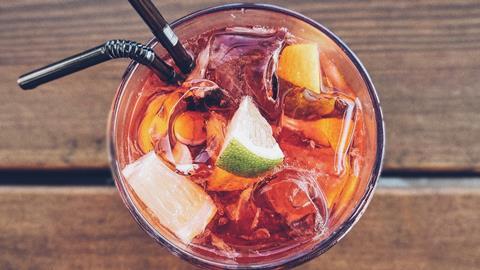 It’s meant a major payday for market leader WKD Blue, which has increased unit sales by 31.7% and added £11.8m to its value.

What’s more, says Nielsen senior client analyst Polina Jones, 79% of its value gains came during the 17 weeks when bars and pubs were shut in the spring.

Flavoured RTDs like WKD Blue have been a big deal this year, stealing share from classic cocktails like Gordon’s London Dry Gin & Tonic – down 5.8% in volume sales.

During the first lockdown, “RTDs delivered a much-needed slice of fun, and they embodied more than a passing nod to happier times”, says SHS Drinks’ WKD head of brand Alison Gray.

“For many people, RTDs are the closest representations of the types of drinks they might have bought in the on-trade.”

However, while buoyant, the RTD sector hasn’t attracted many new shoppers, adds Jones. “Most of the growth was driven by frequency and price increases.”

So, in a bid to attract new punters to canned spirits, supermarkets are hoping hard seltzer will capture the imagination of health-conscious Brits. Boozy sparkling waters from new players such as Drty, Mike’s and White Claw (see our Top Launch, below) alongside established brands like Coca-Cola, Kopparberg and Dalston’s Soda have been steadily hitting shelves since the summer.

But Jones is yet to be convinced such drinks will become the sensation they are in the US, where off-trade sales hit $2.7bn (£2bn) over the 52 weeks ending 13 June.

In the UK, “the launch of hard seltzers created a lot of noise with a lot of shelf space given to new brands” she says.

“The range, however, is very wide, and it’s unlikely for many brands to cut through to the top 10 next year.”

What’s more likely in 2021 is that flavoured gin will relinquish its hotshot status in the spirits market. There are signs it is already falling out of favour, Jones notes. “Winners in the past – Gordon’s Premium Pink, Edinburgh Gin Rhubarb & Ginger and Whitley Neill Parma Violet – are seeing declines as the lifecycles of flavour profiles shorten with new flavour innovations.”

And it’s innovation that is “really vital for the UK market” says Pernod Ricard UK commercial director Ian Peart. “If you look back over the past few years, a huge amount of the growth has come from new products. But [coronavirus] gives the challenge of how you launch them to market effectively.” 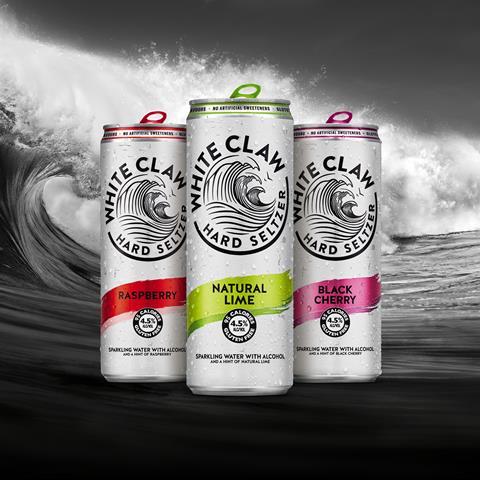 Hard seltzer brand White Claw took the US by storm last year, shifting 80 million cases and even inspiring some fans to get tattoos of the can or haircuts inspired by the logo. Now the boozy water – which provides 95kcals per 330ml can – is finally available in the UK. It landed in June in Raspberry, Natural Lime and Black Cherry, marking its debut outside North America. As a sign of its potential, White Claw had to wait no more than a month before inspiring an Aldi version, Nordic Wolf.