Frozen food: It’s a frozen food dreamland as foodservice is frozen out 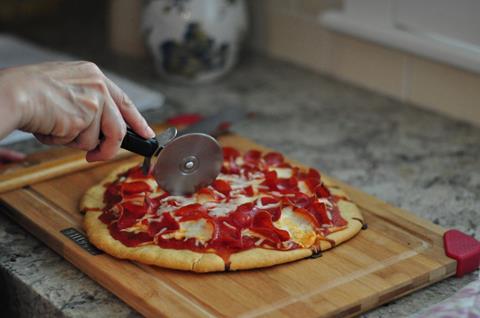 Shoppers have sought to recreate their favourite pub and restaurant grub at home this year, and frozen has benefited

Freezers will deliver the Covid-19 vaccine. And they’ve been crucial during the pandemic too, as housebound Brits stocked up and sought to recreate out-of-home eating at home. Volume sales of  frozen chips and other potato products are up 9.3%. Fish has added 7.5%. Pizza’s unit sales are 8.2% bigger than last year. And pastries topped the lot, up 12.3% (albeit from a smaller base).

Indeed, a Nielsen survey found 11.8% of households had stockpiled frozen savoury goods, making it the third most panic-bought sector. And frozen chips were the biggest winner, with McCain’s offsetting a proportion of the lost sales from its foodservice business with big gains for its Gastro Chips and Skin On Fries in particular.

Both “provide the similar style chip that can be enjoyed at gastro pubs and restaurants” says Naomi Tinkler, category controller at McCain. The duo helped to drive an extra £59.5m in value and a 17.2% volume rise. The brand hopes to cash in further with Waffle Fries, launched in September and “inspired by trends in the casual dining sector” she adds.

As foodservice was frozen out, this was also an opportunity for other takeaway favourites, like fish and peas. One that Birds Eye seized with both hands. In April, it launched “an updated communications approach”, says marketing director Sarah Koppens. ‘So, What’s for Tea?’ “provided families with ideas for teatimes as well as playtime, family time and downtime”.

It was followed by separate, product-led campaigns for Birds Eye fish and veggie ranges – the latter of which has made £11.2m of their sector’s extra £48.6m.

And then there was the August launch of Crispy Chunky Fish Fingers following the 2019 relaunch of the Inspiration fish range as Captain’s Plus. The supplier generated an additional £18.8m in frozen fish in 2020.

Of course, some people prefer a pie with their chips. And that served the frozen savoury pastries sector well. The biggest winner was Greggs, with an extra £11.6m in sales, a 32% increase (though that will hardly make up for the 70% loss of sales in its retail operations). By contrast, for brands like Holland’s (15.7%), Pukka (46.7%) and Genius (64.6%), it was almost all upside.

When hospitality was forced to shut down, “the buyer number growth was substantial” from retail as grocers sought to satisfy shoppers demanding lines like those “from their local pub or chippie” says Nick Murray, communications director at Holland’s owner 2 Sisters.

So, Brits have recreated chip shop dinners aplenty. But that other takeaway classic, pizza, has also been gorged upon. In frozen, volumes are up 8.2%. That’s roughly an extra 25 million pizzas.

It wasn’t a free ride though. A £30m capital investment programme in its Leyland manufacturing facility, which began in 2019, was supported by a robust safety plan to encourage a Covid-safe manufacturing environment. “This meant we were able to safely scale capacity to meet all the increased demand,” Bradshaw adds.

This response, and the popularity of pizza in general meant Chicago Town avoided having to temporarily delist slower-selling lines. It was even able to add a stuffed crust to its Chicken & Bacon Melt Classic Crust Takeaway, reformulate its Tiger Crust range, and add a Deep Dish variant with cheeseburger topping.

Similarly, Goodfella’s, Birds Eye’s Nomad Foods stablemate, “has seen its popularity increase this year due to the greater number of big nights in”, says Koppens. “We have innovated across the range too, with the introduction of the Meatless Mediterranean vegan product in April, growing our presence in meat-free to suit the growing number of shoppers adopting flexitarian and vegan diets.”

Koppens’ final point about veganism is a crucial one. It underlines the fact that, while so much has changed due to the coronavirus, the category has continued to evolve to serve people’s dietary requirements, including plant-based.

Her observation is backed up by significant evidence. Take the huge gains for vegan specialist Strong Roots – up 54.5% in volumes – or the ongoing success of No Bull, the plant-based brand exclusive to Iceland.

“There’s a range of 40 products, 15 of which we list at any point in time, and we’ve seen strong growth in that area, between 30% and 40% depending on the week,” says Iceland trading director Andrew Staniland.

Other names in frozen, meanwhile, have sought to capitalise on demand for healthier options. Earlier this year, McCain rebranded its Oven Chips as Naked Oven Chips.

The move “allows consumers who follow a healthy lifestyle to easily identify the frozen products that are relevant to them and can be enjoyed as part of a healthy, balanced diet” says Tinkler. The revamped variant joins the Lighter Home Chips that McCain added in early 2019.

Both can be found in freezer aisles with Young’s Chip Shop Lighter cod fillets. Unveiled in March, it provides “the great taste of the nation’s favourite battered fish with 45% less saturated fat” the brand claims. “We launched this as a way to engage the health-conscious consumer with our great tasting products, as saturated fat can present a category barrier to this demographic.”

It’s the sort of thinking that’s likely to guarantee healthy sales in future – even after freezers have delivered the vaccine. 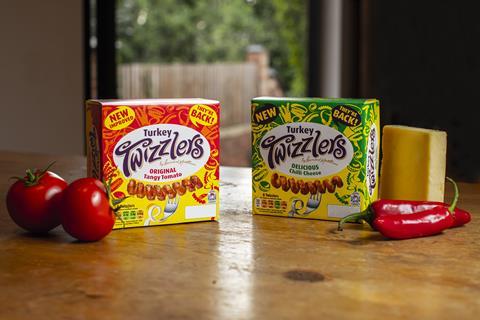 Few food products have attracted as much media attention as Turkey Twizzlers. Some 15 years after their well-publicised demise, in light of Jamie Oliver’s campaign to have them banned from school lunches, the product returned to freezers this summer. It’s healthier than before, though: more than 70% turkey, compared with 35% in its previous incarnation, while each Twizzler provides 87 kcals, down from 137. Variants are Tangy Tomato and Chilli & Cheese (rsp: £3/eight-pack).