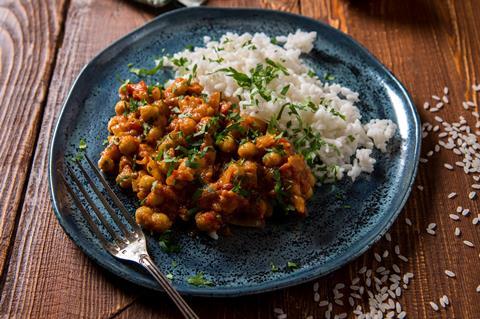 Ambient is fast becoming the new fresh. At least, in the world of ready meals. The value of the chilled market – typically the star player in ready meals – is down £33.6m due to a drop in average prices. Frozen, meanwhile, is down £2.6m as volumes slip.

By contrast, ambient ready meals are up in both value and volume. The market has amassed an extra £4.4m thanks to a wave of packaging and flavour innovation.

Take market leader Pot Noodle, which grew £1.8m. Perhaps its most notable innovation was the Asian Street Style sub-brand, described as “the fancy newcomer”. Not only is it healthier than a standard Pot Noodle – it uses rice noodles to reduce the calorie load – but it also plays into the growing demand for Asian flavours.

“Demand for flavours from across the globe is at an all-time high, and Asian dishes in particular are experiencing year-on-year growth,” says a Unilever spokeswoman.

She’s got a point. Unilever’s world-inspired Prep Co brand has more than tripled in value to be worth just under £1m. Meanwhile, Asian-style brands were among the fastest-growing in ambient ready meals, from Nissin (up 57.1% to £8.4m) to Itsu (up 33% to £3.7m). The former supplier built on that appetite in June with the launch of Japanese brand Cup Noodles.

Still, it’s not all about world flavours. Veggie NPD is flying, as evidenced by the launch of Quorn’s ambient range (below). It’s proving a similarly winning formula in chilled. See Charlie Bigham’s, which has bucked the sector’s decline with near 25% value growth. CEO Patrick Cairns says its veggie range, launched last year, “continues to attract new consumers into our brand”. It is also “building rate of sale on our core range of classic dishes” and increasing distribution.

On the flip side of that coin, duck ready meals brand Gressingham Foods has become the fourth biggest in the fresh sector. The massive 59% rise in sales comes after the launch of its Bistro offer last year.

So it seems innovation pays off in ready meals – whether that’s a fancy duck meal or Asian instant noodles. 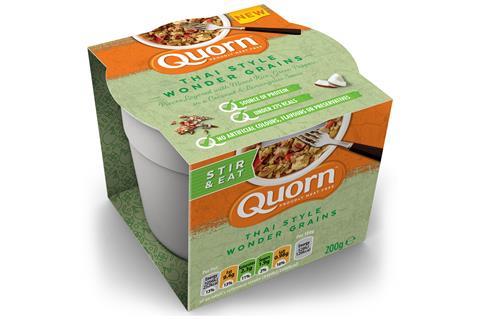 In June, meat-free giant Quorn moved beyond frozen and chilled with its first-ever ambient range. The eight-strong selection includes Wonder Grains snack pots in Thai Style, Mediterranean and Mexican Three Bean, and bowl meals in Chilli Bean, Biriyani and Spiced Chickpea & Lentil. Each variant boasts a shelf life of around 12 months, and features freeze-dried pieces of Quorn’s vegetarian alternatives to chicken or mince – as the brand aims to become a store cupboard staple.