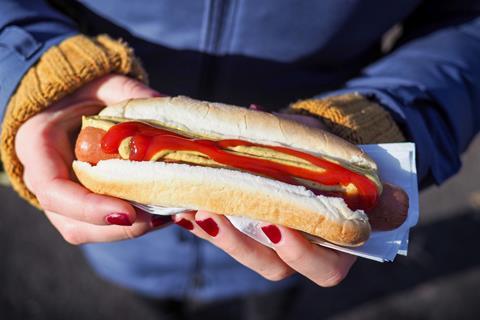 Brands are bringing the heat to table sauces. Forget your standard ketchup and mayo – hot & spicy has emerged as one of the strongest areas of growth. “Four of the top 10 growing flavours in the category are spicy this year,” says Nicholas Corlett, senior analytical consultant at Nielsen.

That’s been good news for the likes of number seven sauce brand Nando’s, which has enjoyed value growth of 2.9% on volumes up 5.6% . It added fuel to the fire in January with its hottest sauce to date – the Peri-Peri Vusa made with African bird’s eye and red chillies. The brand has even helped heat up the condiments category, which has recovered from a hefty volume loss to sell 3.7% more packs.

Nando’s isnt the only one firing things up. The likes of Flying Goose’s Sriracha and Encona’s Original Hot Pepper are also seeing encouraging growth (up 9.9% and 3.3% in value respectively).

It’s a case of who dares wins in the sauces market, says Hazel Detsiny, VP of marketing at Unilever. “We’re seeing Brits move away from traditional sauces such as brown sauce and salad cream, in favour of more exotic varieties, such as hot and sweet chilli sauces, and flavoured mayonnaise.”

For Unilever, the latter has proven a particular source of activity. In June, it unveiled a premium Hellmann’s mayo range including truffle and aioli variants. For the reason behind that innovation, look no further than performance of its standard mayo. Hellmann’s Real Mayonnaise scraped just £540k extra, while its light mayonnaise fell £2.1m (although its worth noting that Hellman’s Lighter than Light soared £2.8m).

Part of that lacklustre performance will be down to the competition from Heinz Seriously Good Mayonnaise. A combination of above-the-line and in-store promotions earned it an extra £4.4m, the highest absolute value gain across the sector.

But there is a wider issue at play. Standard table sauces are struggling to get growth, as evidenced by the £2.2m fall in the overall sauces market and 2% decline in volume. One particular casualty is market leader Heinz Tomato Ketchup, which took a £2.4m tumble despite the launch of a limited edition ‘Edchup’ bottle and a June TV ad starring Ed Sheeran.

Still, it’s not all doom and gloom for ketchup. Because even in this less innovative area, tweaks to the standard format are paying off. The Heinz 50% less sugar and salt ketchup amassed the second highest gain in sauces, up £3.1m. And in July, Heinz unveiled a lineup of Gourmet Ketchups.

Could they bring some much-needed fire to the tomato sauce? 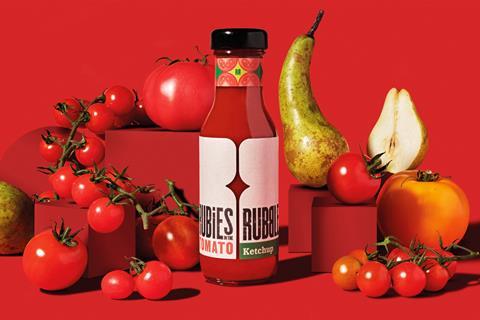 Tomato Ketchup by Rubies in the Rubble

Pear might not be the first ingredient that springs to mind when considering tomato ketchup. But sustainable sauce brand Rubies in the Rubble is hoping to change that with this product. Its anti-waste ketchup launched in October with a ‘better for you and better for the planet’ tagline, inspired by its use of unwanted pears as a sweetener. As a result, the 300g bottle contains 50% less refined sugar and three times the fruit content of leading branded equivalents, says Rubies. Sweet!