Hitting food waste targets would save Europe £62bn a year 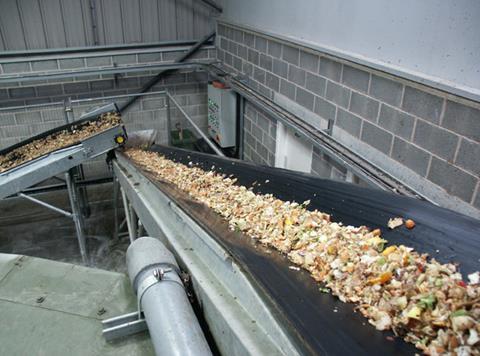 The EU stands to save a staggering £62bn and free up agricultural land the size of Belgium if consumers and retailers meet EU targets for reducing food waste over the next decade, a new study commissioned by the European Commission has claimed.

Researchers at Wageningen University in the Netherlands have calculated that a 40% reduction by 2020 in the amount of food waste generated by the “demand side” – that is, private households and retailers – would result in annual savings of €123 (£102) per person and total savings for the EU of €75.5bn (£62.4bn).

If less food were wasted, much less agricultural land would be needed to grow food for EU consumers, the researchers added. “In the EU, agricultural land use will be reduced by 28,940 km², an area almost the size of Belgium.”

Most of this would be freed up because of a reduction in waste from dairy products, fruit and veg as well as red and white meat, the researchers said, adding the land could then be used to grow food for export or crops for biofuel.

Wageningen’s calculations are based on the EC’s Roadmap to a Resource Efficient Europe, which targets a 50% reduction in edible food waste between 2012 and 2020. If the 50% target were met, the EU would actually end up saving €94.4bn, but the researchers said they considered a 40% reduction more realistic. They also modelled the impact of a 30% reduction in food waste by 2020, which they put at a saving of €56.6bn.

The positive effects from cutting food waste would be further amplified if EU consumers also changed their diets to “healthier” eating patterns – meaning, according to Wageningen, eating less meat and dairy. In that case, land three times the size of Belgium would be being freed up, the researchers said. “These findings suggest that it is more effective if in addition to reducing food waste, households adopt a more sustainable and healthier lifestyle.”

Further research would be needed to determine what impact a reduction in food waste would have on farmers, suppliers and other “supply-side” parts of the food industry, the researchers added.

Wageningen also examined to what extent a reduction in food waste and dietary changes in the EU would improve food security in the developing world, particularly sub-Saharan Africa, and concluded that, on average, improvements were relatively small. “If food security is the goal, it would therefore be better to focus government policy elsewhere, for example policies which improve access to the market or which improve the investment climate in developing countries.”

According to Wageningen, this is the first study to assess systematically the impact of reducing food waste on the economy.