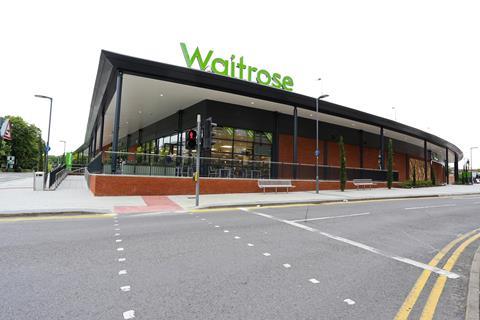 Waitrose has announced the closure of seven stores, affecting 677 staff.

It’s the third round of store closures announced by the retailer since June last year, when it axed five stores. That was followed by a further five in March this year.

The latest closures affect five larger stores, ranging from 15,000 sq ft to 24,000 sq ft, along with two smaller ones.

Three of the larger sites, in Bromley, Oadby and Wollaton, have been snapped up by Lidl. A fourth, in Sandhurst, has been sold to an unnamed buyer.

Waitrose expects to close all seven by autumn.

The 677 affected staff will enter a consultation period in which Waitrose will “explore opportunities” for those wishing to remain at the business, the supermarket said.

“We haven’t taken this decision lightly but we have to do what’s right for the business as a whole,” said Waitrose director of shop trade Mark Gifford.

“Thanks to the hard work of all our partners we’re making good progress and Waitrose & Partners is on track for profit growth this year but, despite the best efforts of everyone involved, we haven’t been able to find a way to make these shops profitable in the long term.

“Our priority now is the wellbeing and future of our partners in these shops. We will do everything we can to support them and will explore opportunities for anyone wishing to remain with the partnership.”