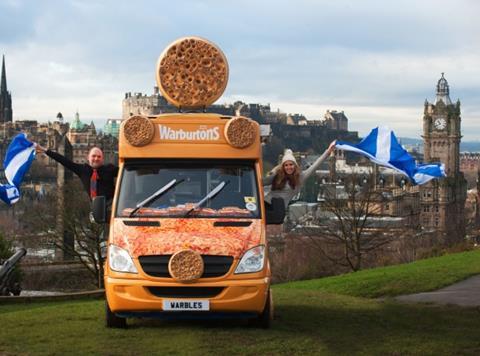 Warburtons is taking its crumpets on the road as it looks to boost sales north of the border.

With household penetration of crumpets at 34.8% in Scotland compared with 61.8% for the UK [Kantar Worldpanel 52 w/e 2 February 2014], it has rolled out refurbished ice cream vans to Edinburgh, Glasgow and Inverclyde to offer consumers toasted crumpets.

“Crumpets have shown growth in the past year and this seeks to build on that,” said Warburtons.