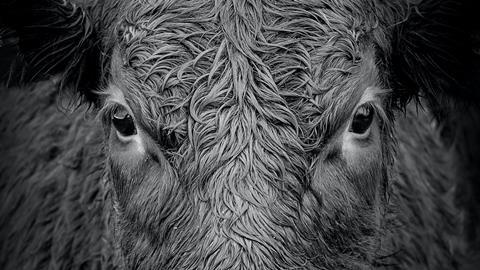 What’s the beef with the new agri-trade commission?

“A trojan horse”, “a fig leaf”, and “smoke and mirrors” are just some of the terms that have been used used to describe new agriculture and trade commission, but is it really as toothless as the critics make out?

Within hours of the new agriculture and trade commission’s membership being confirmed last Friday, it was already under the cosh.

Greener UK, a coalition of many of the country’s biggest environmental groups including Greenpeace and the National Trust, branded the commission “a fig leaf”, while the RSPCA labelled it a “Trojan horse”. Sustain CEO Kath Dalmeny, meanwhile, dismissed it as “a temporary, toothless Trade Commission with no powers.”

Charities are not the only ones concerned. Many in food and drink are similarly sceptical, with one industry source calling the commission “pure smoke and mirrors”.

It is, to say the least, a disappointing start. Chlorinated chicken and hormone-treated beef have divided the country for years now, and a core aim of the commission will be to build a broad, multilateral consensus that unites as many voices as possible behind the UK’s future trade policy, whatever that may look like.

But with its membership scorned by numerous groups and its new chair, Tim Smith, under fire for branding chlorinated chicken concerns as “alarmist”, such consensus appears a long way off. So is the commission a dead duck?

Announcing the line-up last week, trade secretary Liz Truss claimed the commission would “ensure that any trade deal we strike brings the very best opportunities to the UK’s farming community,” while environment secretary George Eustice said it would ensure the UK’s “commitment to high welfare standards are maintained.”

It will certainly not lack experience at its head. Smith is a food industry veteran with five years as CEO of the Food Standards Agency under his belt, as well as five years as a Tesco director and 30 years in food manufacturing. A microbiologist by training and now Pret a Manger’s food safety advisor, you’d be hard pressed to find anyone with a greater experience and understanding of current food safety issues.

Smith’s CV, combined with his relatively low-profile, has largely encouraged those who believe the independence of the chair will be crucial to the success of the commission.

But the wider membership has drawn criticism, particularly the conspicuous absence of academics, agri-food trade experts, animal welfare groups and consumer representatives. Leading figures from the BRC and FDF are on board but there is only one environmental group – LEAF, a sustainable agriculture organisation - and six of the 16 seats are filled by farming representatives.

“What we’ve got seems to be mainly the farming lobby, the same people we usually hear from, with a couple stuck on by DIT [Department for International Trade],” says Derrick Wilkinson, a consultant and former chief economist for the NFU.

For a committee that will tackle some remarkably complex nuts and bolts of trade policy as part of its remit, there is an alarming lack of specialised expertise, he says. “Most of these people wouldn’t know their SPS agreement from their Article 24. I’m not sure how they are going to come up with any substantive analysis and proposals.”

Where trade expertise is included, it appears somewhat loaded. Shanker Singham, CEO of trade law consultancy Competere, told BrexitCentral readers in January to “ignore the scare stories about chlorinated chicken; we already eat chlorinated salad and it is harmless”.

He will sit alongside Alexander Lockwood Smith, a former NZ agriculture minister, argued in the Spectator last month that “if the UK entertains the idea of a higher tariff on chicken that’s been treated with a mild chlorine wash … it will put at risk so many of the longer-term benefits of leaving the EU”.

Lord Price, a former trade minister, is also in the ranks. The ex-Waitrose MD is now chair of the Fairtrade Foundation, a charity that last week joined calls for the government to enshrine its verbal assurances on maintaining high food standards into law.

But David Henig, director of the UK Trade Policy Project and a former trade negotiator, says the balance of trade expertise appears “like an attempt to tilt the findings in a certain direction. Which I just don’t think is a good idea.”

“This group needs to build towards a consensus position for the UK. And that consensus is not going to be ‘we carry on as we were planning before’. It’s been fairly clear that farmers, environmental groups and consumers are not going to be supportive of that,” he adds.

The NFU lobbied government for more than 18 months to establish the commission, suggesting names to the trade department it believed could provide the broad representation of voices and expertise required. By and large, these were rejected.

Nonetheless, Nick von Westenholz, director of EU exit and international trade at the NFU, remains sanguine. “We had proposed a broader representation of views on the commission itself, but it’s early days,” he says.

The commission’s operating model is still to be determined, leaving a possible door open for experts to contribute knowledge and experience through sub-committees, rather than relying strictly on the appointed members.

“The commission still has to figure out how it’s going to work. Let’s give it a chance to do that. It could still do a very good job which brings in the views of a lot of people,” adds von Westenholz.

But for Shaun Spiers, chair of the Greener UK coalition, the commission’s design has already made it difficult to support.

“Environmental standards appear to be an afterthought,” he says. “It is difficult to see how a sub-committee’s recommendations in this area will be able to exert any significant influence on the commission’s recommendations, let alone ministerial policy.”

And it is not just how it operates that will determine the commission’s success, but when. The committee is due to work for six months before submitting an advisory report to be presented to parliament by trade secretary Liz Truss. Originally, many observers assumed the commission would set the remit for negotiations as well as scrutinise any deals that emerge, however the six-month time limit appears to restrict it to the latter alone.

The commission is therefore in a tricky position: it could both be too late to play a formative role in shaping ongoing negotiations, while also being too early to officially scrutinise finalised trade agreements

“This will be controversial whatever happens”

The latter problem, at least, is seemingly manageable – the commission could recommend it reconvenes once any trade deal is completed for example – but it reflects a scepticism surrounding the commission that a large degree of its success will be reliant on the patronage of government and the trade department.

This reliance has left many suspicious that the government will kick whatever it finds into the long grass - a move that would be unwise, David Henig argues. “What we learn from other countries is farming and trade policy is too big an issue to just hope it goes away. It doesn’t go away. This will be controversial whatever happens.”

It is too early to write the commission off just yet - especially given it is still to officially meet – and the problems facing it are by no means insurmountable. But with so much riding on its shoulders, it’s certainly got a big challenge ahead.