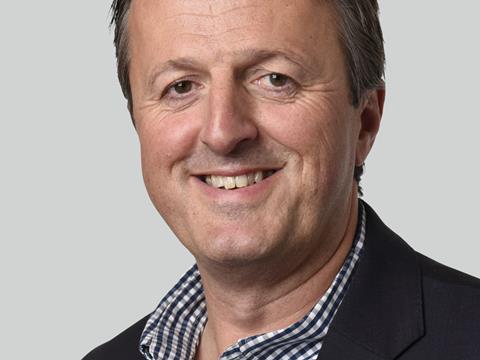 Selley: “You can guarantee that the business economy has wasted potentially hundreds of millions of pounds, which is an absolute scandal,”

Andrew Selley, Bidfood CEO and chairman of the FWD, has launched a scathing attack on the government’s failure to provide clarity around Brexit, which could end up costing businesses “hundreds of millions” in no-deal planning.

Speaking this week at The Grocer’s Business Lunch for wholesalers and independent retailers, Selley attacked the “absolute lack of clarity. We are three weeks away from the biggest cultural, economic, sociological shake-up in the country for over 50 years and we don’t know what’s happening,” he said.

Selley said if businesses had been told two years ago the UK would leave with a hard Brexit based on WTO rules, not all would have agreed with it but they would at least have had two years to plan. “As it is we have three weeks to plan for something, but we don’t know what it is yet.”

Selley said Bidfood had invested heavily in no-deal planning over the past six months. It had worked with its supply chain partners, EU customs, HMRC, its Belgian consolidator, hauliers and its seaport clearing agent, he said.

Further meetings would take place in the next few days with HMRC and KPMG in order to finalise VAT discussions.

It has also written to all of its core suppliers on three occasions to advise them of their requirements and ask for details of their plans.

As such, Bidfood has now risk-assessed all suppliers and assessed contingency plans on all affected products.

Bidfood had also placed orders since January for April deliveries as it couldn’t leave it all to the last minute. It was now fully stocked with either “incredibly insightful and planned contingency stock or burdened with excessive working capital”.

“You can guarantee that the business economy has wasted potentially hundreds of millions of pounds, which is an absolute scandal,” said Selley.

“I was at a management conference the other day and one of the managers said ‘you must be hoping for a hard Brexit so all this money isn’t wasted’. But it’s like when you buy insurance on your house, you don’t then go and burn your house down just so you can get value for money on your insurance.”