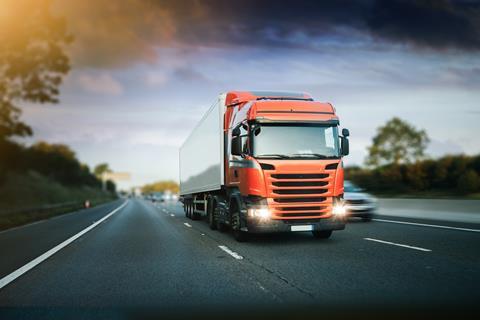 Hundreds of HGV testing slots are going unused each week despite a massive backlog of almost 25,000 drivers waiting to take tests, The Grocer can reveal.

Figures from the Driver & Vehicle Standards Agency (DVSA) show 1,545 test slots were not taken up in the last four weeks.

Last week 430 of a possible 4,361 available testing slots were not filled. The numbers for the two weeks before that were 397 and 402, while 316 slots went unused in the week commencing 21 September.

Increased testing has been a key pillar of the government’s plan to tackle the current supply crisis, resulting largely from an estimated 100,000 shortfall in the number of HGV-licensed drivers in the UK. Transport minister Grant Shapps announced in August that testing capacity would be increased by 50%. In the same month DVSA launched a campaign to recruit 40 additional vocational driving examiners in England and Wales.

So far the agency has confirmed 23 will be trained by Christmas, which will bolster the army trainers which have been secured by the government to ramp up testing capacity.

However one industry source said the number of unused slots is the DVSA’s “best kept secret” and claimed it should be doing more to proactively fill them, including contacting businesses already booked in for future tests to see if they want to bring their appointment forward.

Wholesale giant Bidfood currently has up to 50 drivers waiting to take a test, and as such would like to be notified if there was a chance these could be brought forward into the available slots.

“We will use these vacant slots if we get enough notice,” said CEO Andrew Selley.

A spokesman for fellow foodservice operator Brakes said: “The fact the DVSA has increased HGV driving test capacity is a positive step forwards.

”However, the lack of detail and insufficient notice provided to businesses and training providers, has meant there isn’t as great a number of drivers trained up and ready to take their tests, as could otherwise have been the case with better communication and planning.

The Road Haulage Association, which has long campaigned for more testing capacity, suggested that while more slots were being made available these were not necessarily in the locations they were needed most.

“We find the DVSA testing system clunky. Many testing slots are being wasted which is enormously frustrating for businesses,” said an RHA spokesman.