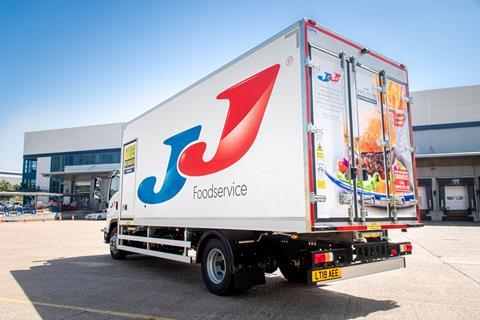 The wholesaler recorded sales of £4.2m last week, a return to weekly figures not seen since the first two months of the year.

JJ told The Grocer its newly launched direct to consumer operation now accounted for 35% of its customer numbers, equating to £550k a week up from £152k prior to March 2020.

Head of operations Sedat Kaan Hendekli said its clientele had changed ‘drastically’ and put its success down to the company’s investment into technology over the past year.

This has included a new website with features designed to mirror those of consumer-friendly Amazon, the introduction of an app and enhanced delivery communications such as 10-minute order drop warnings.

“It has been more like a natural progression rather than a shock,” said Kaan Hendekli. “Having a consumer-friendly system helped our new customers adapt to us, and has really helped us expand in this area so quickly.”

The foodservice wholesaler launched its DTC division within days of the prime minster’s lockdown announcement on 23 March, which affected 95% of its clientele.

Kaan Hendekli said breaking down its hospitality pack sizes to family-friendly quantities had been key, adding that manufacturers supplied a new range of 200 SKUs of retail size packs on popular goods.

JJ has also purchased 12 small vans to better enable it to navigate the residential streets the wholesaler is now delivering to on a next-day basis across the UK (and same-day in London).

“When retailers were struggling to meet demand there was a small gap created for us, and we were well positioned to get in there,” he added. “It opened up an opportunity for us to offer consumers an alternative service at a time when a portion of our customers had closed.”