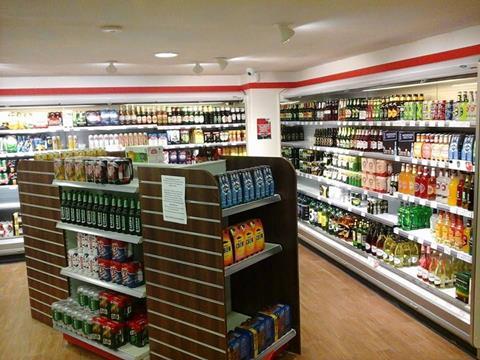 The facility is in the trial stage, with one Day-Today’s shop in Ross, Doonfoot, providing the service.

Ian Gallacher, the former MD of independent retail operator Scotfresh, who became United’s operations director earlier this year, said: “We are hoping to roll out in February.”

The service provided “a good opportunity for 60%-70% of Day-Today retailers”, he said.

The business, which has cash & carry depots in Pollokshields and Easter Queenslie Road in Glasgow, and in Grangemouth, has also launched a consumer engagement platform created by Darius Velocity Worldwide, which is integrated with United’s EPoS.

The technology, which United has named Day-Today Connect, “gives the opportunity for cross-sell and upsell,” said Gallacher. “It pushes out specific promotions to people who purchase certain products.”

Day-Today Connect is in about half of the stores but Gallacher said he expected 80% penetration by the end of January.

Gallacher also revealed the company would launch its new website on Friday for retailers to order goods from United. “We’ve updated it and made it easier to use,” he said.

The news comes as United looks to expand its Scottish coverage.

It expects to have 350 Day-Today retailers by the end of next year, up from about 300 currently.

It is also targeting about another 60 independents operating as USave, to take it to more than 300 units by the end of next year.

Expansion this year has seen Day-Today - which operates under three formats, Elite, the standard Day-Today format, and Express, its smallest format - enter new parts of Scotland.

“We would like to go into double digits in Dundee in 2019 and if things go right we will start to go into Aberdeen,” said Gallacher.