Convenience means something different to every shopper 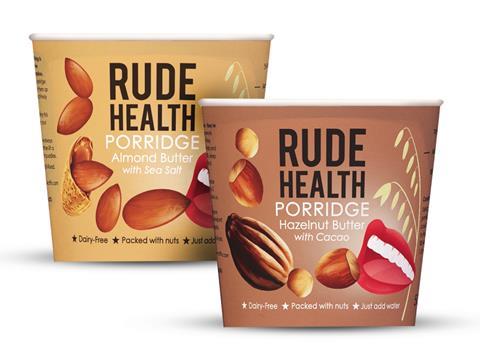 I’ve lost count of the times I’ve reasoned that porridge pots aren’t the time-saver they appear to be. Why not? It takes less than five minutes to make porridge in a pan, and it takes three minutes for the kettle to boil for the hot water to make the “instant” porridge pot. What were you planning to do with that extra two minutes? So I feel the need to explain why we’re launching porridge pots this month.

My fear has been that to encourage convenience is to encourage the move away from enjoyable, sociable sit-down meals, to mindless snacks, and ultimately to a world of Soylent Green non-food. You could reasonably accuse me of paranoia, but in my defence I’d like to point out the madness that is bottled water.

On the other hand, I’ve recently watched a colleague who used to sit down to a three-course breakfast struggling to find a minute to feed herself now she has a baby to feed too. Another colleague regularly ferments kombucha and pickles vegetables at home, but ends up skipping meals or eating junk when dashing between food shows. It’s high time I stopped looking at convenience as a slippery slope to non-food hell, and started making convenient food that doesn’t compromise on ingredients or taste. Take that, skimmed milk powder.

The thing that amazes me now is that we are as irrational about cost as we are about time. It’s only recently that a 500g pack of porridge could have an rsp of more than £3 in one of the supermarkets. Now, 500g is about 10 servings. And a single serve-pot costs from £1 to £1.50. We are a nation that shops on price, yet convenience is both more expensive and in high growth. Breakfast was eaten out of the home and on the hoof on 205 million occasions in the past year, an increase of 13.2% [Kantar Worldpanel 52 w/e 21 July 2015]. This would be a good time to bring up bottled water again.

I am coming to the conclusion that we each have our own version of convenience. My mother will probably never buy a shop sandwich or a bagged salad; I’ll pass on the pre-halved avocado, the ready-baked potato and the bottled water, but I’m delighted to hear that while we’re in Amsterdam for Christmas we’ll be able to get hold of raw milk 24/7. Now that’s what I call convenience.