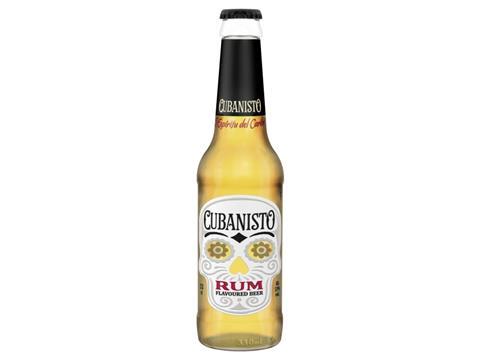 Cubanisto spirit beer will be available from 24 March

Described as having a “fresh taste of citrus, orange zest and lime”, the beer will be available to the on and off-trade channels in 330ml bottles from 24 March.

Cubanisto will be sold in 3x330ml packs and single bottles in the off-trade and will be supported with in-store activity and point of sale material.

The launch comes a week after The Grocer revealed Heineken was expanding its Desperados brand and that other major brewers were eyeing up the spirit beer market, which has grown 147% to £30m [IRI 52 w/e 7 December 2013].