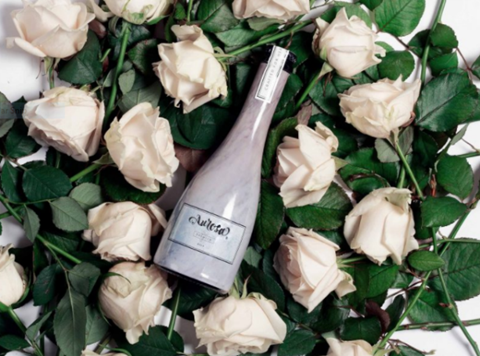 Aurosa beer: made and packaged just for women, so what’s the problem?

Ladies and gentlemen, the award for ‘most horrifically sexist NPD of the year’ goes to Czech beer brand Aurosa.

The brewery’s recently launched ‘beer for her’, a ‘premium semi dark beer’, comes encased in what looks like a marble bottle and, according to its creators, was “customized to the needs of women, despite the fact that the beer industry is a rather masculine affair”.

There’s no nice way of putting this: someone needs to call these guys and tell them it’s 2017. Women drink beer. Normal beer. Beer that comes in a pint glass. Strong beer. Weak beer. Wheat beer. Sour beer. Craft beer. Stout. It’s not an overwhelmingly difficult concept to grasp. I don’t know a single female beer drinker who wouldn’t feel insanely patronised if they were served their beer in a poncey champagne flute, as per Aurosa’s predictably Vogue-esque marketing stills.

But let’s take a step back for a second: Aurosa is, after all, the brainchild of a woman, Martina Šmírová, rather than a team of cynical male marketeers.

Responding to furious online criticism, Šmírová said: “Brewers, men and society generally have operated under the misconception that women do not like beer or that it is a man’s drink. This has been rendered into the media and the marketing system. The tasteless and sexist marketing that brewing companies use illustrates that point clearly.”

The problem with this line of reasoning is that it just isn’t true, at least certainly not in the UK anymore. Our beer industry has become increasingly diverse and forward-thinking over recent years, despite a few major hiccups along the way – Molson Coors’ outrageously misjudged ‘female-friendly’ brew Animée, for instance, or dodgy craft beer brands such as ‘Raging Bitch IPA’. But I honestly can’t remember the last time I saw a bikini-clad model used to sell beer.

Rather, I think of BrewDog’s celebration of its ‘sisterhood’ for international women’s day. I think of Cloudwater’s candid interviews with its female team members, of Heineken’s brave, even if misjudged, attempt to tackle arguments around feminism and gender identity.

“There is absolutely no doubt that beer has made huge strides in being more diverse,” says beer writer Melissa Cole. “Diversity can only help expand and grow the appeal of beer and it’s vital that beer continues that growth.”

Šmírová claims Aurosa “never intended to take part in sexism, feminism or the like. It was never intended to dictate what women should or shouldn’t drink” and that it simply wanted “to offer beer in an elegant and beautiful bottle”.

But that begs the question: why market it to women at all? What about the men out there who want to drink their beer from an “elegant and beautiful bottle”?

Šmírová may not have set out to comment on sexism or feminism, but by branding her product categorically along traditional gender lines, she did anyway.

Let’s be honest, Aurosa is the kind of niche foreign release that rarely picks up national distribution. The chances of it ever gracing UK supermarket shelves are slim, and that’s without factoring in the ASA’s clampdown on gender stereotyping.

Ultimately, it’s yet another example of a brand misjudging how the public will react to its marketing, to calamitous effect. And just like Animée, which was axed after one year of disappointing sales, Aurosa will most likely become a tiny, unpleasant footnote in the history of Britain’s favourite bevvy.