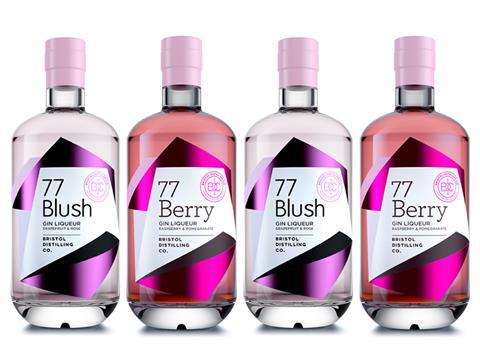 Bristol Distilling Co has netted a major deal with Tesco to stock a duo of its gin liqueurs - marking the fledgling brand’s debut in the mults.

The duo were “versatile, pairing with Fever-Tree tonic water, lemonade or soda over ice, topped with prosecco for a refreshing spritz or as an ingredient in a favourite cocktail”, said founder Jake Black.

From canned wine to chili Kahlúa, what’s coming in booze this February?

It marked “phase one of an ambitious launch programme”, with further NPD scheduled for later in the year.

The brand last year hired Guy Dodwell, formerly UK off-trade sales director at Diageo, in a consultant role last year, who called it “an exciting growth story” with the potential “to build a fantastic new legacy”.

As well as the gin liqueurs, the brand sells a core gin, called Gin 77, and plans to move into other categories such as vodka and eventually whisky down the line.