Carlsberg to sell Celia gluten-free lager in the UK 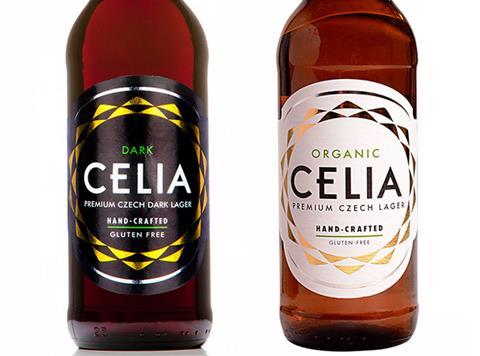 The Danish brewer will be distributing two of the craft brewer’s variants from 1 November - Celia Organic and Celia Dark, both containing 100% saaz hops and traditionally batch brewed for more than two months.

Organic is a 4.5% lager containing Moravian malt, while Dark is a 5.7% abv brew featuring toffee Bavarian malt and sand-filtered water from the Žatec foothills. The duo, which is brewed using a patented de-glutenisation process, will initially be available in 330ml bottle format from Waitrose, Oddbins and Ocado (rsp: £2.50).

In addition to their gluten-free credentials, the brews are made using a silicon filtration technique that Carlsberg said made them suitable for vegans.