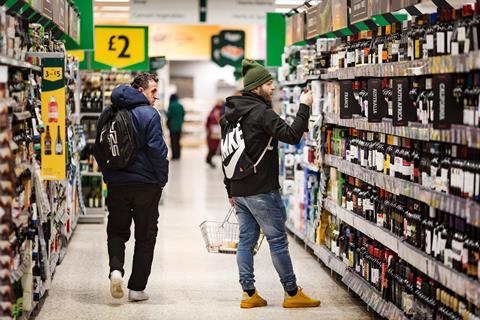 Brits splashed out an extra £160m on supermarket booze in the first three weeks of March as the coronavirus crisis swept shoppers into a frenzy, data reveals.

In total, BWS spend over the three-week period reached £840.5m, compared to £676.2m during the same period last year.

“Everything in grocery has gone bonkers”, said a senior drinks industry source. “We are having massive spikes in our EPoS data, even on things we really don’t usually sell that much of.”

Yet it was difficult to gain a clear picture as a supplier, they added. “The on-trade has collapsed so, while grocery is going like the clappers, we’ve also got stock being returned. I have no idea whether we’re going to be up or down.”

Another source said: “Our supply team are having to work f***ing hard but they are making it work – shelves are being stripped and all the promo activity is getting pulled.”

And the data shows while two other categories that were subject to much panic buying – household paper and cleaning products, and pasta, rice and noodles – have begun to level out, booze sales have continued to rise steadily.