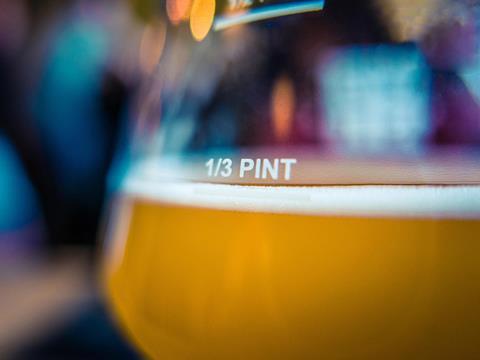 Brits spent an extra £30m on craft this year, growing sales by almost a third

Take-home craft beer sales have smashed past the £100m mark, growing by almost a third over the past year, exclusive data reveals.

Craft had seen “incredible focus by the retailers and their buying teams” Dan Lowe, founder of Fourpure, told The Grocer. “In fact there has probably been a disproportionate amount of focus within retailers versus the category’s size.”

Over the last year supermarkets in particular had successfully managed to differentiate their craft ranges compared with when the trend initially broke into the mults some three years ago, Lowe added.

“There are now very few overlapping products in the retailers, which saves them from having to compete on price too aggressively,” said Lowe.

Yet there was still “the opportunity for significant further growth” he suggested. “And I see that coming from the multipack space - four, six and even 12-packs.”

The biggest winner has been BrewDog, whose flagship Punk IPA is now the UK’s fourth biggest ale brand (behind Old Speckled Hen). Its Dead Pony Club ale has grown 26.6% to £9.4m over the last year [Nielsen 52 w/e 8 September 2018].

BrewDog CEO and co-founder James Watt said the surge in craft sales was “indicative of the public developing more discerning palates and deepening their interest in exploring beers from independent and non-mainstream brewers.

“I don’t see a limit to how far craft can go as long as we stay committed to independent craft beer and quality.”