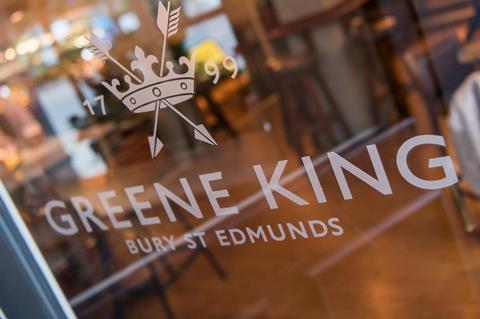 The news comes as many pubs across the country are looking for new revenue streams amid the pandemic.

The beer stalwart is to launch a new delivery-only brand called The Big Cake Co over the coming weeks, in partnership with Just Eat.

It will run from “a limited number of pubs with a view for further expansion”, a spokeswoman for Greene King said.

It will offer six core cakes plus an additional seasonal cake, which will be on rotation.

The news comes as many pubs across the country are desperately looking for new revenue streams amid the pandemic.

The government this week announced the creation of a £40m support fund for pubs – which equates to a one-off payment of £1,000 per pub.

It was met with outrage by the pub trade, including Greene King CEO Nick Mackenzie, who said it “simply isn’t enough and won’t touch the sides of the financial hole that’s left for pubs over what is traditionally the busiest trading period of the year”.

“Because of the new tier structure, many pubs are unviable with heavily reduced revenue and significant costs from reopening and closing as the rules constantly change.”