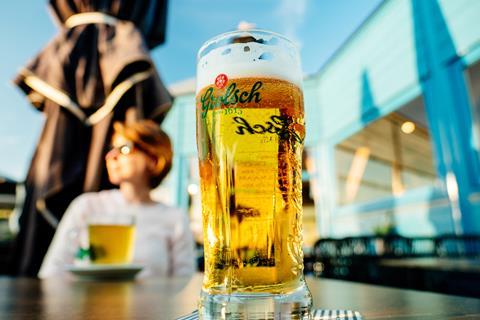 Grolsch is disappearing from the UK after the brand’s international owner, Asahi, called time on its long-standing deal with UK brewer Molson Coors, the Grocer can reveal.

The lager brand has been delisted in Tesco and Asda over recent weeks, and pub industry sources say their supply has dried up too.

Asahi pulled a similar move in 2018 when it took production of its eponymous Super Dry lager back in-house, the beer having previously been contract-brewed by Kentish brewer Shepherd Neame. Asahi relaunched Super Dry shortly afterwards with a new recipe, at a slightly higher price.

The brand has not confirmed whether a similar relaunch is planned for Grolsch.

Grolsch was owned by SAB Miller until 2016, when SAB merged with AB InBev. The beer brand, along with Peroni and Meantime, were sold to Asahi to appease EU competition regulators, leading to the creation of Asahi UK.

It comes as Molson Coors’ latest results reveal its UK pre-tax profits fell steeply over the past financial year (to 31 December), dropping 64.8% (£39.7m) to £21.5m. Sales rose 1.8% despite “continuing challenges in the off-trade”, according to the brewer.

It blamed “continued pricing pressure in the UK beer market and increased cost of goods due to commodity inflation” for the profit hit.