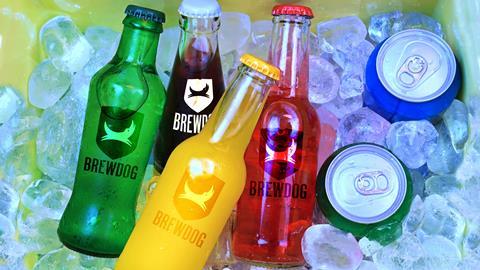 How BrewDog could use its brand to expand into soft drinks

The brewer has signalled its ambitions for a ‘SodaDog’ spin-off

In 14 years, Brewdog has achieved what most startup brands can only dream of. Having started life in a nondescript garage in Aberdeenshire, it’s now the UK’s 26th biggest booze brand, with a retail value of £166m. It added £59m in sales over the past year alone [NielsenIQ 52 w/e 15 May 2021].

There have been some bumps along the way – most notably an open letter from former and current staff alleging it operated under a “culture of fear” – but BrewDog won’t let a PR crisis stop its relentless march.

Just this week, it announced a jv with Asahi to create BrewDog Japan. And closer to home, a potential move into the soft drinks market could be on the cards. As The Grocer revealed last week, the brewer recently applied to register the name ‘SodaDog’ with the Intellectual Property Office, covering soft drinks and seltzers.

At the moment, BrewDog remains tight-lipped over its plans. “The nature of our business means that we regularly explore and register potential products that we are investigating as part of our innovation pipeline, but not all come to fruition,” said a spokeswoman. So are we likely to see SodaDog hit shelves in the near future?

Expanding into soft drinks could be a canny move, not least because the headroom available for growth in its beer business is shrinking. If it keeps up its current rate of expansion, it won’t be long before BrewDog comes up against giants like Stella Artois.

“As the brand starts to near saturation point in terms of its domination of the beer market – how many more towns need a BrewDog bar? – it wouldn’t be a surprise to see them continue to diversify,” suggests an industry source. 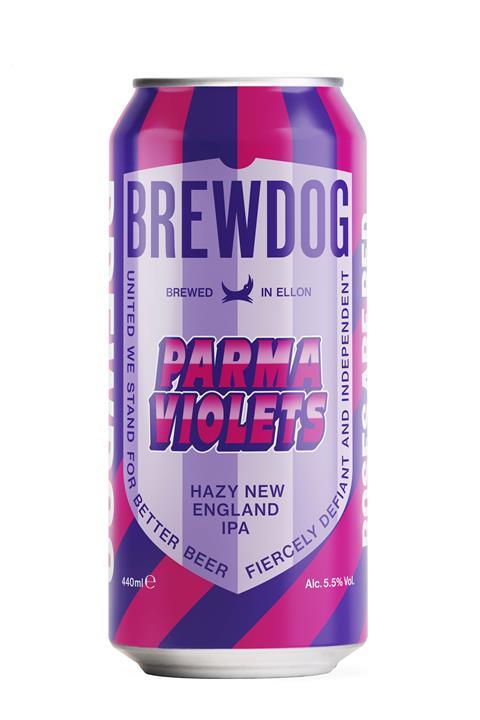 What’s more, while craft beer still commands large fixtures in-store, excitement in the category is arguably starting to wane now that many of the world’s top sellers are owned by bigger entities.

BrewDog is already serving the low & no category with its non-alcoholic beers, but adding a range of soft drinks would be a neat way to drive further incremental growth. “The smart move here is that it expands the available profit pool they can access without cannibalising their beer business – on balance a good move,” says another source.

The launch of hard seltzer brand Clean & Press last year, as well as the continual growth of its now extensive spirits offer, show BrewDog clearly has a thirst for expansion beyond its brewing heartlands. And with the “technology, facilities and infrastructure at its disposal, BrewDog certainly has the capability to produce and sell soft drinks”, the first source adds.

Then there’s the fact soft drinks makers don’t face the duty burden alcoholic drinks makers do. There is the sugar tax to consider, but given the SodaDog trademark spanned seltzers, it’s unlikely these drinks would be full of sugar.

What’s less clear is “if there is a gap in the market for another ‘disruptor’ soft drinks brand on the scale BrewDog would want to produce”, says the first source. Indeed, the soft drinks market is flooded with premium players such as Dalston’s, Nix & Kix, Karma Drinks and Square Root. It’s a far cry from when BrewDog made its debut in a commodified beer market just over a decade ago.

Soft drinks are also more price sensitive and less brand loyal than beer – especially in the on-trade. So SodaDog would also be pitted against cheaper soft drink offerings like Coke.

“BrewDog would need to offer a strong point of difference to persuade consumers at both ends of the spectrum to choose them over existing speed rail or premium alternatives,” argues the source.

Still, for all its controversies, BrewDog has been one of the most innovative suppliers to rock the booze world this century. A ‘punk’ shake-up of the soft drinks world isn’t such a stretch of the imagination.