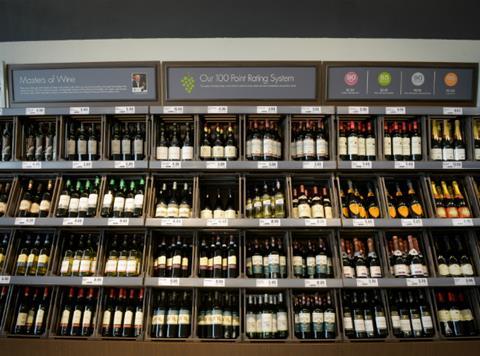 Lidl is devoting more than half of its next Wine Cellar promotion to Iberian wines, marking the first time the discounter has focused on the peninsula, which it said provided “excellent quality and value”.

The next Wine Cellar promotion, which will be available in store from 4 August, will feature 40 wines of which 23 will be Spanish or Portuguese, with one sparkling, one sweet, five Rosado, eight red and eight white variants.

The focus on Iberia follows strong growth of Lidl’s existing Spanish and Portuguese wines, which generated 49.2% and 57.7% year-on-year value growth respectively [Kantar Worldpanel 52 w/e 3 January 2016], and would tap a “general trend” for wines from the region, wine buyer Anna Krettman told The Grocer.

The peninsula was currently an “excellent source of both diversity and value”, she added. “Investment in both vineyards and cellars over the last 20 years has resulted in better economies of scale and vastly improved wine making facilities and efficiencies.”

Lidl, which announced it was increasing the frequency of its Wine Cellar promotion from quarterly to six times a year at the beginning of 2016 in response to “consumer demand”, said its wine sales were up 38% year on year from 2014-2015. Other wines in the next Wine Cellar promotion are set to include offerings from Australia, South Africa and France.

To further boost sales, the discounter said its wine sales were up 38% year-on-year from 2014-2015, and it planned to “invest heavily” in its 64-strong core wine portfolio – listed all year round – during the next 18 months.