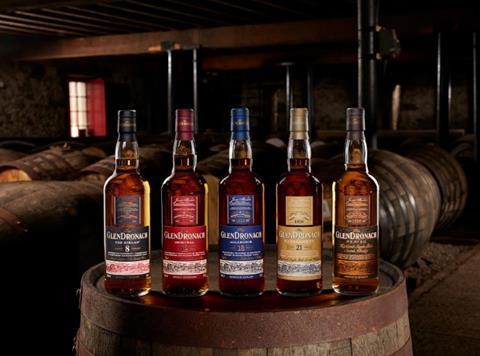 Mangrove has taken charge of Brown-Forman’s Benriach, Glendronach and Glenglassaugh brands, having previously worked with the American booze giant on non-Scotch products such as el Jimador and Herradura tequilas and bourbons Early Times and Old Forester.

It has appointed Danny Whelan, previously brand manager for Jack Daniel’s at Brown-Forman, as its new Scotch whisky BDM for the on-trade. Whelan’s role would be to “further develop relationships with the UK bar community”, said Brown-Forman VP general manager Jeremy Shepherd.

Mangrove was “extremely honoured to be tasked with growing the Brown-Forman Scotch whisky portfolio”, said the distributor’s MD Nick Gillett. “Our expertise in growing premium brands within the UK market marries perfectly with the expertise involved at the distilleries in creating these amazing liquids.”