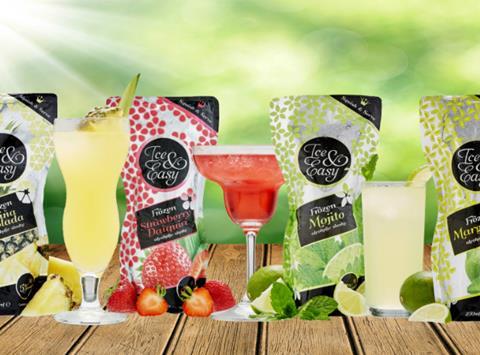 Drinks supplier The Ice Co has given its thriving frozen cocktails portfolio a makeover.

Three of the four updated Ice & Easy cocktails – Mojito, Piña Colada and Strawberry Daiquiri, featuring a more ’vibrant, fun and modern’ look – are rolling into Tesco during the next couple of weeks, while the brand’s Margarita variant has just secured its first listing with Nisa.

Yorkshire-based The Ice Co recently secured a listing with Waitrose for its Super Cubes – giant ice cubes that are three times larger than ‘normal’ – which it launched into Tesco in September 2014.