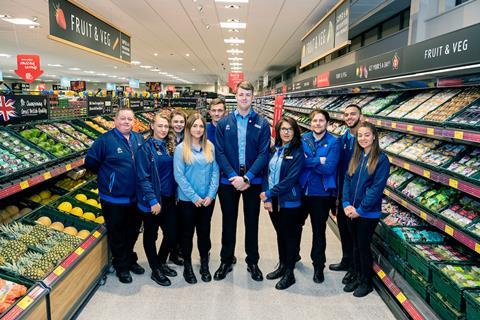 Aldi is on course to have created 4,000 new jobs in 2020 despite the disruption of the pandemic.

The discounter said today it remained on track to hit its target of 1,200 stores by 2025, up from around 890. It means opening an average of one a week between now and Christmas.

It comes as thousands of people are affected by job losses at other retailers, from Selfridges to Poundstretcher. Others to announce job cuts this month include M&S, John Lewis, Boots, Harrods and Fortnum & Mason.

“As much as the disruption of the past few months has been challenging, it has also reminded us that there are still hundreds of towns across the UK where shoppers don’t have access to Aldi’s award-winning quality products and unbeatable prices,” said Aldi UK CEO Giles Hurley.

“I’ve been very proud of the tireless work my colleagues have put into feeding the nation. To continue doing this and meet our goals of making Aldi accessible to even more shoppers, we will need thousands more amazing colleagues across the country. I look forward to welcoming each and every one of them to the team.”