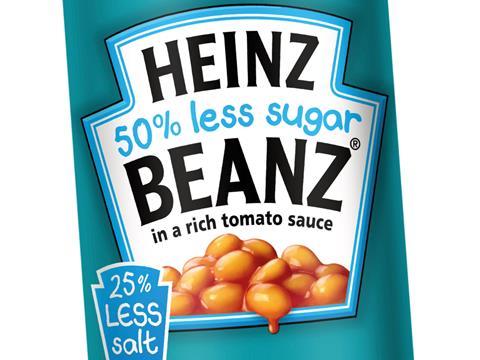 Heinz is launching a new version of its baked beans containing 50% less sugar.

Rolling out from 1 May, the product will replace the brand’s existing Reduced Sugar & Salt (RSS) Beanz, which have 30% less sugar. Both products contain 25% less salt than standard Heinz Beanz.

Heinz has used herbal extract stevia in the new product, as it did in the ‘50% less sugar’ tomato ketchup launched last September, and which now accounts for 5.1% of Heinz Tomato Ketchup value sales [Nielsen 52 w/e 28 March 2015].

“It was really important for us to respond to growing concerns around health and nutritional values, with mums increasingly concerned with what they offer their children,” said Heinz Beanz brand manager Rachael Barnes. “By using the natural sweetener stevia we are able to reduce the sugar content while still delivering a tasty product.”

The NPD - available in 415g and 200g cans, four-packs and Snap Pots - will be backed by a marketing push in August that promotes RSS Beanz as a “tasty and nutritious” teatime offer for children going back to school.

The campaign will include broadcast media, in-store marketing, price promos and Facebook activity.

“We hope to see ­continued success with our latest addition,” added Barnes.