Why did Jesús Lorente leave Asda and what now for Burnley? 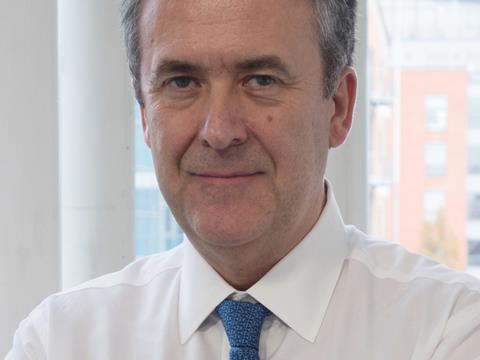 The announcement of Asda chief merchandising officer Jesús Lorente’s departure, just seven months into the job, was brutal in its execution, without thanks or explanation.

Recruited from Carrefour in Spain a year ago, where he held a similar role, he was brought in to replace Andrew Moore. And the recent Kantar figures (up 3.4%), suggest a continued improvement in trading, despite the distraction of the proposed merger with Sainsbury’s. Yet Asda sources say the revival has little to do with its short-term merchandising supremo.

So what went wrong? And what’s the plan now?

Lorente was given a few months to bed in after his arrival in July last year from Spain. But in retrospect, it was a big ask to take on the challenges facing Asda, particularly - as the retailer’s curt note to Asda staff put it - “his role with Asda was his first in the UK”.

Lorente had been a key player at the Spanish arm of Carrefour for eight years, initially in supply chain, before switching to commercial in 2013.

But insiders say he was “conspicuous by his absence on the trading floor” at Asda and not considered dynamic enough, forcing Burnley to take on much of the trading negotiations.

“It seemed such a strange decision to bring in someone from Spain, especially since his main experience was in logistics,” says one source.

“Asda needed a clear strategic thinker with experience of UK trading and that is not at all what he was about.”

“It was just a total mismatch from the start,” adds another source. “I think Jesús and Roger will both be relieved it’s over.”

Another source argues it was “a cultural problem”. “Jesús is classically formal Spanish in the way he operates. I think that can come across as too serious and quite hierarchical. In the UK we’ve a strange combination of formality and informality and it’s not easy to adapt to that if it’s not your natural way of operating.”

It was said to be a move to let Lorente focus on the food side, reverting to the old split structure (when Barry Williams ruled the roost), but was also an acknowledgement that the learning curve was proving steep.

The upheaval and vacancy on the food side “leaves a huge amount of responsibility on Burnley’s shoulders,” says a source. “It will be interesting to see if Burnley brings in other, experienced UK operators to further shore up his team at a crucial time for Asda as it tries to continue its recovery but also with the JS merger looming.”

“It is a very testing time for Asda still,” adds another supplier source. “They are finding it understandably difficult to tie up long-term deals with suppliers, with the merger looming. Those suppliers that are signing deals are insisting on change of ownership clauses.

“With all the talk about a squeeze coming on suppliers it’s difficult for Roger and his team, although they have been managing well.”

The other challenge is persuading a commercial heavy hitter to join at such an uncertain time.

“If you were offered the merchandising job you probably wouldn’t take it,” says a source. “Many people still think it’s inevitable there will be a coming together of the buying functions if the merger happens. Having two head offices, two buying functions, it’s surely not sustainable if they want to achieve the synergies the deal could bring.”