Attack on 'unhealthy' Morrisons is unjustified and completely misses the point 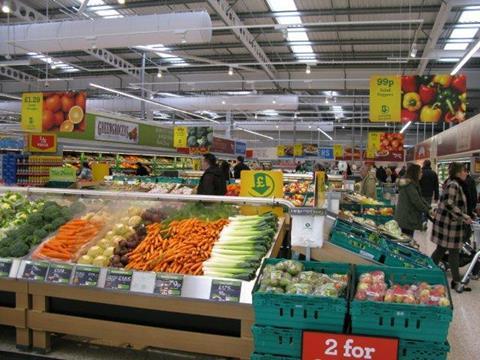 Yesterday The Grocer received a press release from health lobby group the Children’s Food Campaign launching a stinging attack on what it claimed were the “warped priorities of Morrisons’ new price cutting initiative”.

The group was outraged that, among the 200 price cuts announced by the retailer earlier this month, just one of these was for either fruit or veg. The item in question was a bag of Birds Eye frozen peas.

Shocking I hear you cry! Good on the Children’s Food Campaign for bring such scandalous practices to light – I must go and read more about this story right away!

Well not quite. To pull back the curtain a little bit of editorial control – I had initially chosen not to run this story. And before you jump to any conclusions - this not because we are on the side of the big bad supermarket and keen to silence any negative publicity.

No, the reason I had originally chosen not to run this story was that I felt that this attack was not only unjustified but also entirely wide of the mark. The reason I changed my mind was that the story started to receive coverage in the national media and I felt it was important to put the attack in its proper context.

The price cuts in question were as Morrisons new CEO David Potts described it for “our cupboard essentials”. That is they were for products that shoppers could stock up on and fill their larders, bathroom cabinets, and freezers with and hopefully save a few quid in the process.

The implication from the campaigners is that this activity was carried out in isolation, and so Morrisons was wilfully neglecting the nation’s health by ignoring fresh, healthy food from its price cutting manoeuvres.

This is quite simply wrong. Morrisons has been price cutting across its stores since early last year – the latest round taking the total number of lines involved to over 1,600.

When the retailer first started to reset its pricing, fresh produce was exactly where it started. It says now that it has made more than 200 cuts across fresh produce including fruit, vegetables, meat and poultry, plus wholemeal bread, milk and eggs.

Moving beyond Morrisons, fresh food has become a key battleground for all the big retailers in recent months. The traditional supermarkets have belatedly woken up to the fact that they were getting pummelled by the discounters’ clear, simple approach to low prices on fresh fruit and veg, with the like of Tesco putting great store in its ‘Festive Five’ promotions it ran on key seasonal veg lines around Christmas and Easter.

As a result, the competition in this category is fiercer than ever. That can only be a good thing for families trying to live healthily on tight budgets. Of course, more needs to be done to encourage families to choose healthy products and to make those products affordable and attractive to everyone. More work is also needed on the over-promotion of unhealthy food.

Ultimately, ill-judged and inaccurate attacks such as the one launched by the Children’s Food Campaign only serve to undermine this work and create distrust and suspicion where there needs to be greater co-operation and trust.