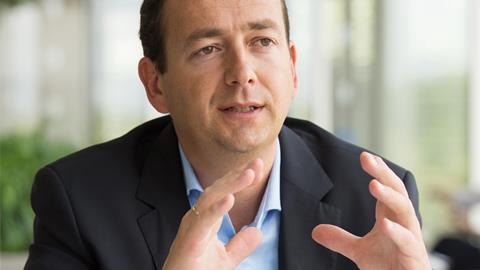 Not long ago, Capri-Sun seemed a product at odds with the future. The handy pack encapsulated many of the major sins levelled at soft drinks: relatively high levels of sugar (10mg per 100ml), child-focused marketing, and entirely unrecyclable packaging.

Today, the picture is quite different. The brand has halved sugar content to 4.9g, altered its marketing approach, and is making headway towards a fully recyclable pack. Still, Capri-Sun Group CEO Roland Weening is loath to describe it as a revamp. For him, it’s more about the brand going back to its roots.

“It’s an interesting paradox,” says Weening, who took the top job at its Switzerland HQ nearly five years ago. “We launched Capri-Sun in 1969 and, at the time, it was really the first all-natural kids’ drink in the world.

“Because of the packaging it had no preservatives,” he explains. “And because of the background of the owner, Hans-Peter Wild, who had a natural flavours company, it was very much built on natural credentials. So it’s going a bit full circle.”

That focus is reflected in the packs, which now prominently display the tagline ‘nothing artificial’. Capri-Sun has been careful to avoid artificial sweeteners, using stevia in its 2018 sugar reduction programme.

That’s because, for Weening, the backlash towards sweeteners will eventually overtake the strength of feeling towards sugar. Although he doesn’t want to downplay sugar – “don’t get me wrong, I think obesity is an issue globally” – he expects the focus to shift.

“I’ve been in fmcg for over 25 years and I’ve seen some of these things come and go a little bit,” Weening explains. “I’ve seen that with salt when I was working in frozen foods brands like Birds Eye and I think we are going through phases.”

If anyone can talk with confidence on trends, it’s Dutch-born Weening. His experience in the sector is extensive, having spent nearly two decades at Unilever and over four years at Mondelez before joining Capri-Sun. The transition from the fmcg giants to a smaller, privately-owned company, has proved eye-opening.

“The speed of decision-making is much faster,” he says. “There’s less stakeholder management and it’s very much about getting the right people to vote on the right things.” Most notably, there is an “entrepreneurial spirit and can-do mentality” – an ethos that has driven its approach to tricky issues such as sustainable packaging.

This  month, Capri-Sun, which is distributed by Coca-Cola Enterprises, announced it would switch to paper straws in the UK ahead of the upcoming ban on plastic ones in 2021. As Weening says, that’s “just one of the milestones of this journey”. It’s now set its sights on a far trickier goal: making its pouches fully recyclable.

On this point, the brand has lagged behind its soft drink rivals. The likes of Coca-Cola and Pepsi have long had recyclable PET bottles, and are now using recycled materials in their production. Meanwhile, Capri-Sun has had a tougher time with its flexible plastic pouches, designed to “keep the goodness in and oxygen out”, which still aren’t accepted in UK kerbside collection.

Still, Weening is confident it will end up with one of the most sustainable packs on the market. “We’ve positively tested recyclable pouches and we’re confident we will be able to launch those before 2025,” he says. What’s more, that pack will be lighter and use less material than a standard PET bottle. The cost of this work, in partnership with specialist Pouch Partners AG, will be an “eight-digit number”. But Weening stresses it’s “the right thing to do”.

These sustainability plans, alongside the renewed focus on naturalness, give Weening confidence in the future. That’s despite a long run of declining sales in the UK. This year is no different, with Capri-Sun’s value falling 7.9% to £59m [Nielsen 52 w/e 5 September 2020]. Still, it’s better than this time last year, when it had suffered a 14.9% hammer blow to sales.

“Ultimately, change is a constant, right?”

Weening says this is partly down to negative perceptions of juice drinks in the UK. He believes an education job is needed to truly reverse the trend and highlight that Capri-Sun primarily uses “water and fruit juice” as ingredients.

What’s more, the outbreak of Covid-19 has given some of its products an added appeal. Capri-Sun Multivitamin is “outgrowing the rest of the portfolio”, Weening says, as health-related products resonate more with the public. Its No Added Sugar products are similarly seeing “good growth rates”.

Plus, the pandemic has led to more in-home consumption. Surprisingly, that has worked in the favour of a brand that is associated with on-the-go occasions. Globally, Weening says sales are up. “Because people are at home more, they stock up on the brands they trust and love,” he reports. “And actually we did well on the back of that.”

Of course, there have been challenges associated with the coronavirus. Production teams have been split into smaller groups, and the company has had to work hard to meet additional demand in retail. But crucially, the agile nature of Capri-Sun means it has been well placed to tackle that challenge. As Weening sums up: “Ultimately, change is a constant, right?”

Family: Three sons, two of whom are off to university in the UK. I remember in my uni days it was about meeting people, so it’s a sharp contrast where they can’t meet anyone and everything is virtual.

Pets: We have a little border terrier called Lila. We’ve had her for one year now and she’s certainly enriched our lives. She’s a perfect antidote to Covid-19 and the kids love her.

Hobbies: I enjoy sports and I’m a big fan of art.

Favourite TV show: In our house, TV is very much out and Netflix is in. Before my sons went off to uni we were reliving the series Friends. When I was younger, it was what everyone was watching – and I was quite surprised they enjoyed watching it too!