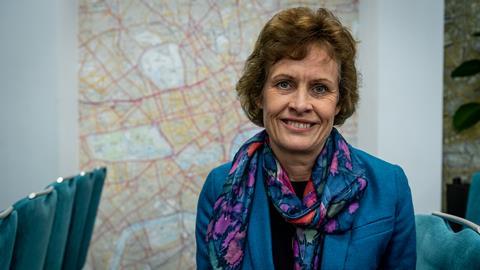 Susan Jebb’s obesity work hasn’t won her too many friends in the industry. So how should it view her decision, in her new role, to put health back on the Food Standards Agency’s agenda?

Susan Jebb isn’t exactly a friend of the food industry. Even she’s admitted as much. It’s perhaps the downside of a distinguished career spent researching why people eat too much and how to stop it.

But it did mean a few alarm bells sounded when Jebb, a renowned health and obesity expert at the University of Oxford, was announced as the new chair of the Food Standards Agency last year. ‘What did this mean?’ went the murmurs. ‘Would the FSA be expanding its reach beyond food safety and into health and diet?’ The answer Jebb can now reveal is yes. Well, sort of.

Perhaps ironically, we meet backstage at The Grocer’s HFSS conference where just next-door, delegates are sweating over the upcoming HFSS regulations that will ban certain junk food promotions from October. (Jebb will soon explain in her academic capacity why the new laws will certainly work.)

Backstage though, she’s talking us through the FSA’s new strategy, which will expand the body’s mission into the realms of health and sustainability. In other words, the FSA is no longer just about delivering ‘food you can trust’. Now, it’s also tackling ‘food that won’t make you fat’ and ‘food that won’t wreck the planet’.

Health and diet has been absent from the FSA’s remit for many years. The body initially launched a programme of salt reduction initiatives in 2004 and it was a triumph, cutting the population’s salt intake by 15% and inspiring other countries to follow suit. 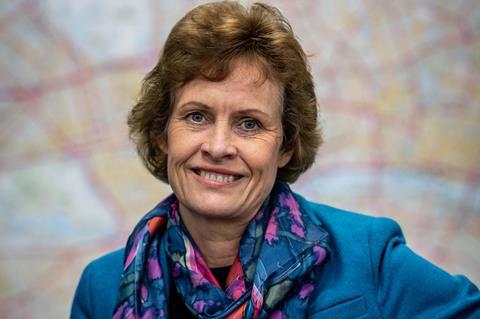 “The industry knows the power of data”

Under the Cameron government, however, the FSA lost ownership of salt reduction for political (it was permanently on a war footing with industry) and budgetary reasons. It was handed to the Responsibility Deal, a body that sought voluntary commitments instead and was incidentally chaired by Jebb herself.

Now, health is back at home in the FSA, though Jebb is at pains to stress it will not be taking on any new policy powers as a result. The health department will still run health policy. Defra will still run sustainability policy. “That’s not going to change,” she says. “I don’t think it should change.”

What the FSA will do is become more proactive in doling out its services to other Whitehall departments, she explains. Yes, in some cases that will mean helping to inform policy through scientific evidence. In others, it will mean providing additional services in line with its expertise.

In some English schools, for example, FSA inspectors will soon start checking school lunches in a pilot trial amid concerns that some are struggling to meet national standards such as no more than two portions of deep-fried food a week. It could make sense for such inspections to be rolled out to other public institutions like hospitals and prisons, Jebb suggests, because if “we can get that right in government then it becomes much easier to have higher expectations of what the private sector will do to offer things that are healthy and sustainable”.

What about taxes and regulations though? This is, after all, where Jebb was drawn into conflict with the food industry in the past. Now, as FSA chair, and an expert in the efficacy of measures such as the soft drinks levy and limits on junk food promotions, will she be standing in front of health secretary Savid Javid pushing the case for more?

As ever, she defers to facts. “We will look at the science, look at the evidence of what works,” she says. “And then see how we get from where we are now to the aspirations the government already has for healthier diets. And there’ll be a range of policy options in that.”

Potted CV: Trained as a dietician before turning to research on diet and health. Now chair of the Food Standards Agency

Currently reading: I do too much reading at work, so I’m an audiobook fan, and all fiction. Currently listening to Paradise City by Elizabeth Day

Dream dinner guests: The Obamas (but I imagine they have a diary full of other dream dinners!)

October’s HFSS clampdown is unlikely to be the last new law to tackle the obesity crisis. As Jebb herself points out, “the history of public health interventions is that they’ve often ended up being more effective than people thought they were going to be”. Look at the soft drinks levy. Look at the indoor smoking ban.

Nevertheless, she is far from dogmatic. “I don’t see legislation and taxes as something you can just pull out of the bag and solve the problem,” she explains. “There’s a time and place for a range of policies, some of them quite hard policies, you might say – taxation or restricting sales of certain foods in schools or hospitals. Then some which are much more than the kind of ‘choice architecture’ – so-called nudge territory, things like the HFSS ban on prominent locations.”

Jebb’s role as chair of the Responsibility Deal clearly shaped her. The coalition was charged with heading off the obesity crisis in 2011, yet collapsed four years later amid toxic acrimony (much of it personally aimed at Jebb), and many of its aims unfulfilled. In several cases, Jebb seems to argue it exhibits the pitfalls of voluntary commitments. On cutting calories, for example, “there was lots of talk about reformulation and indeed it was happening. It was happening in a very gentle, very slow sort of way,” she says. But then the soft drinks levy came in and “Whoosh. Goodness me. Industry suddenly focused on the issue and galvanised into action.”

A similar tale emerged in confectionery. While chocolate makers initially agreed to reduce the portion size of individual bars to less than 250 calories under the Responsibility Deal – an outcome she was initially “quite proud” of – they’ve since introduced sharing packs and grown impulse purchases so calories and sugar consumption from confectionery have not actually fallen at all. “My frustration is that on the one hand industry is increasingly doing the very specific things that policymakers are asking for. But I don’t think they have yet genuinely engaged with the spirit of the law, rather just the letter of the law.”

The point brings us back around to another change Jebb is working on at the FSA: data. Namely, how it can be used to shape, monitor, and enforce policy in a much more effective way.

In the UK’s National Food Strategy released last year, Henry Dimbleby called a National Food System data programme his most important recommendation. It would, he explained, act as a tool to collect and share data, enable businesses and other organisations to track progress towards targets, and monitor key metrics such as food waste, HFSS products sold, and the carbon footprint of groceries. 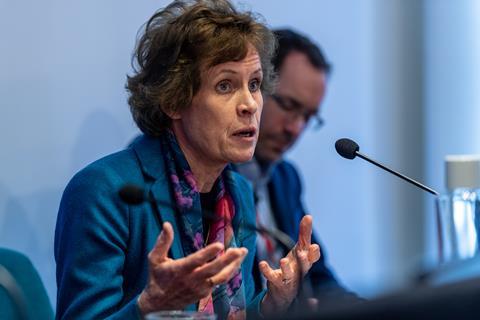 Jebb wants the FSA to play a part in implementing that. “The industry knows the power of data. Right from the earliest days of Clubcard we saw how data gives the industry really crucial commercial insights. What we need to see now is how we can use similar data sources to get insights which really work for public health, sustainability, and those other societal goals.”

It is an idea the health department, Defra, and the FSA are already working on, she says, yet the challenges are readily apparent. Not only will the government need to somehow persuade food companies to give over some of their most valuable data – some of whom will be suspicious of it being used against them – but even where handed over, the disparate nature of different collection methods would make forming a unified system an almighty challenge in itself.

Jebb clearly has her work cut-out, steering the FSA right back into the potential hornet’s nest that has stung her personally before. The FSA, by a combination of will and coincidence, is finding itself at the heart of some of the country’s biggest political issues right now, and as our chat comes to a close, we haven’t even yet touched on Brexit.

With food standards at the heart of the controversy around the UK’s new trade deals with Australia, New Zealand, and perhaps one day the USA, the FSA could soon become a hotspot of politicisation in amongst the country’s future geopolitics.

Is Jebb worried? Not a bit of it. “I personally have always worked with governments of all sort of persuasions. I’ll do, as a scientist, what I’ve always done by saying, look, here’s the evidence, let’s be guided by the evidence.”

We will soon see how this approach lands in what is a markedly different political environment to when Jebb was last around Whitehall in 2015. Last week, the FSA received its first commission to examine the food safety implications of the Australia trade deal, and Jebb has pledged any advice given to ministers will be made public “so consumers will be able to judge whether we are acting in their interests.”