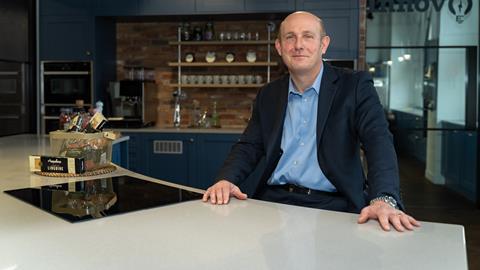 Princes kept supply going through the pandemic’s first shock, and is now looking to build with a facilities revamp and a new approach to NPD

One hundred and fifty million pounds is no laughing matter. Even if you’re one of the country’s top fmcg suppliers. But fmcg behemoth Princes is spending upwards of that on bringing its business well and truly into the 21st century.

It’s ploughing £150m into an all-encompassing redevelopment of its sites, splashing further millions on refreshing its brands, and is now embarking on a total overhaul of its innovation strategy, with plans to vastly broaden its range and bring NPD to market faster.

“I think it’s fair to say the business needed to change,” says Princes MD Cameron Mackintosh, who calls the overhaul “a mindset change, going from being a manufacturing business to a customer and consumer-focused business”. In essence, he says Princes is going to be “looking at what people actually want”.

Past years have been a mixed bag for Princes. In 2018, it took a 22% hit to its pre-tax profits on the back of raw material price increases, despite a 7.4% sales rise. This led to the closure of its Chichester manufacturing site – though its profits rose over the year to 31 March 2019, as its financials revealed in December.

It’s also struggled with changing consumer attitudes towards its core tinned fish ranges and juices: sales of its eponymous brand were down 4.5% last year [Nielsen 52 w/e 31 December 2019]. It’s not disaster territory by any means, but it’s clear to see why the top brass were keen on a rethink.

And that’s before coronavirus sent the world of fmcg into hyperdrive. “I’ll always remember 18 March – it was about 7 o’clock and I was walking back to my car and it just hit me,” says Mackintosh.

“The first thing was how we were going to protect everyone. The second was the responsibility to make sure we could provide people with food and drink. Then there was just massive uncertainty: whether our systems and processes that we’d put in place would be enough, as they had only been stress-tested a little.”

The situation escalated quickly: two days later, Mauritius, where Princes has two huge processing plants and 4,000 employees, went into total lockdown, closing all its factories just as panic buying in the UK was reaching fever pitch.

At the peak of the pandemic, demand for its tomatoes, meat and tuna SKUs surged 79%, 61% and 30% respectively. “But we didn’t have any excess production lines or crewing, and with social distancing we had higher absenteeism and inefficiencies.”

Mackintosh says it was only through serious micromanagement at home and abroad that Princes managed to navigate the crisis.

“We formed a business continuity team, which all of the board attended on a daily basis, asking questions like ‘have we got the right social distancing? Are we aware of and addressing all the raw material constraints? Are we close to delivering what the customer wants?’ And all our colleagues stepped up.”

Hence as the dust is settling on at least the first chapter of the coronavirus saga, Princes’ prospects are looking up. It’s shown it can withstand extreme pressure on its supply chain, and now its focus is purely on its revitalisation project and the future.

“It’s a very exciting and positive time for us,” says Mackintosh, reeling off a long list of investments. Take the redevelopment of its Cardiff and Long Sutton sites. “We’ve got new raw materials. New cookers. New production lines, and massive infrastructure changes. And our chilled and ambient sites have been brought together to create a supersite.”

At the same time Princes is tearing up the product development rulebook and spending an additional £5m on a partnership with NPD consultants Cubo Innovation, kicking off a three-year project that will allow it to react faster to market trends and get products on shelves significantly faster than it has previously been able to.

“Every tomato that comes into our factory has to be ethically sourced – that’s not just lip service, it’s 4,000 individual audits”

It has enlisted a six-strong team dedicated innovation team, and opened an innovation kitchen in its Liverpool HQ. Through the Cubo partnership, Princes gets access to an 800-strong consumer panel that will feed back on its NPD through every stage of development in real time. Mackintosh hopes this will allow it to respond to trends faster than its rivals and indeed, the grocery sector as a whole, which is notoriously slow when it comes to adapting trends from hospitality.

“Taking a concept from start to finish has typically taken about a year – we see that significantly reducing, maybe even halved,” he says. “Against each of our categories where we might have been quite traditional, we’ve now got a pipeline of innovation coming into the market in 2021.”

To get a sense of the kind of innovation Princes is looking to, its latest launches can provide some insight. Last year it introduced Mackerel Sizzle and Infused Tuna Fillet ranges to its canned fish portfolio, with an eye to tapping the trend for bolder, spicier flavours. Then, earlier this year, it teamed up with Iceland to take its Napolina pasta brand into frozen with a range of ready-to-cook pasta and sauces it claimed were the first of their kind in the UK.

But the company’s plans go beyond flavour extensions to existing brands. Mackintosh says Princes is now actively looking at new categories to enter, such as healthy snacking, which he sees as a “clear opportunity”, especially in the context of the government’s new food strategy. Mackintosh is reluctant to reveal his true thoughts on the new rules, but says Princes is supportive “overall”.

Princes is also spending big on sustainability: March saw it pledge to remove all plastic from its tuna multipacks by 2021, a move it claims will save 96 tonnes of plastic per year. This month it rolled out QR codes across cans of Napolina tomatoes in a bid to boost supply chain transparency.

“Every tomato that comes into our factory has to be ethically sourced – that’s not just lip service, it’s 4,000 individual audits that we’re doing, because there are significant issues with local contracts, illegal wages and immigrant issues,” says Mackintosh.

Mackintosh is firm in his belief that, when it comes to sustainability, fmcg is changing things for the better. “The things that Tesco are doing, driven by Dave Lewis, are making a significant difference in the marketplace. The industry has been taking action rather than talking about it.”

Big businesses love to talk about becoming more “nimble” and “agile” these days. But Princes is putting its money where its mouth is. There is a tangible sense of excitement, that it is finally embracing its potential to become a proper consumer-facing, brand-building fmcg company. Its challenges in the market are still numerous, but right now Princes looks better primed to meet them than it has in some time.

Family: Married with three children, twins – a boy and a girl of 18 – and another boy of 21

CV: A Princes veteran of 18 years, with previous roles including deputy MD and finance chief executive

The last great book I read: Roy Keane’s ‘Keane’ and its follow-up. He has a lot of integrity and his career was fascinating, and his approach to management was unique

And the last great album: Hysteria by Def Leppard

The best business advice I’ve ever received: It came from my father. He said that all the time you should always strive to be better than you are today and to learn from your mistakes

My death row meal: It would have to be a Princes tuna bake

If I could have dinner with one person, dead or alive: Alex Ferguson. For my sins I’m a Man U fan and have been a season ticket holder for 30 years. I have so many questions I would want to ask him