A purple pint fit for a Queen - and a Prince 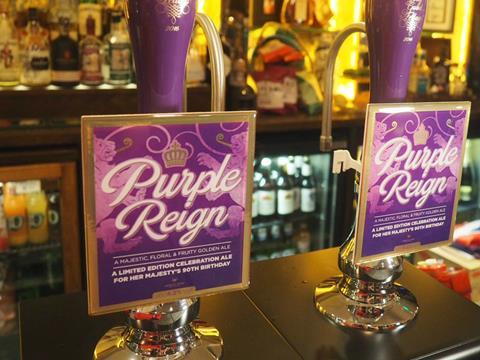 The death of tiny pop hero Prince took many by surprise last week.

Not least the good folk at Greene King, who had innocently been beavering away on a limited-edition ale to mark the Queen’s 90th birthday. Satisfied with its concoction, the brewery duly issued a press release: loyal subjects, they reasoned, would love a pint called Purple Reign.

Less than 24 hours later, the sad news broke, and the name suddenly looked like a reference to music royalty instead. “This ale is intended as a tribute to our longest-reigning monarch with a respectful nod to the classic song,” a spokeswoman said. “In light of the tragic news, we hope that these intentions continue to be understood by our guests.”

Well, why not drink a toast to him anyway? It’s still better than the (hastily deleted) tweet from Cheerios - ‘rest in peace’ - with a Cheerio instead of a dot over the ‘i’.