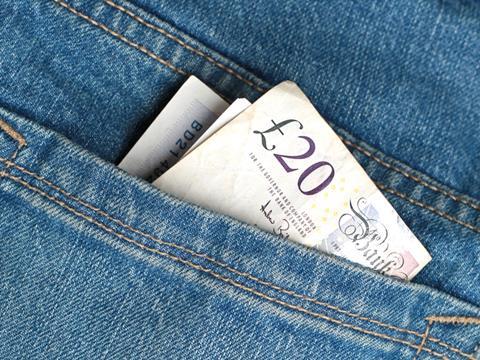 Regular readers will know by now that I am something of a bellwether as the white heat of technology sweeps across the winds of transformation in the cauldron of change that is our industry. While I have no idea what any of that means, I have been following the debate on executive pay very carefully, and now that it transpires that most senior executives in British industry pay themselves 129x average earnings, it’s time for swift and decisive action.

Happily, Pavlina is now back from her summer’s rest and relaxation working on the Zheleznitsa turnip farm to support her parents and their 14 siblings, so I have a benchmark to go by. Using a formula tried and tested by retail PR fantasists up and down the land, once all of the benefits that Pavlina enjoys (free unpaid toilet breaks, out-of-code food at a 10% markdown and so on) are factored into the equation along with compulsory overtime, she does rake in something approaching a number that could be rounded up to approximate the minimum wage.

By that reckoning I should be paying myself just over £2m per year, which sounds reasonable given all the value that I add over and above Pavlina’s work of running the actual shop. Well, those newspaper returns don’t do themselves, and someone has to write this column.

I suspect the many qualified accountants among you will have noticed a slight flaw in my reasoning, and yes, it’s true that this sum would exceed my annual takings by - well, let’s not give too many commercial secrets away, eh?

However, my competitors are paving the way, and by hook or by crook I will follow. If this means a careful reappraisal of Pavlina’s end of the comparison, then don’t blame me.