My Week… by Mark Price (as told to Bill Tush) 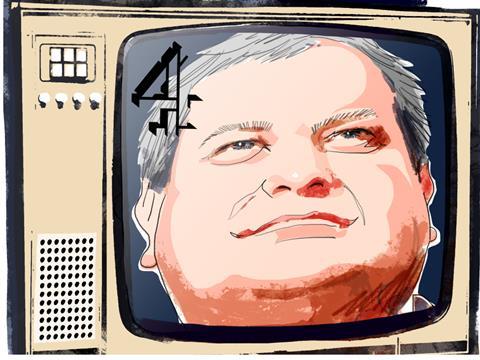 It’s been an emotional rollercoaster of a week, but we Northern boys are made of stern stuff. Behind this genial and chubby exterior is the streetfighter from the Crewe hood who took Waitrose by the scruff of the neck and transformed it from a profitable, stuffy and elitist target of middle-class aspiration into a, well, slightly less profitable one.

When the obligatory grief counselling for the ‘partners’ (always makes me laugh, that!) is over and they look back on my eight years at the top they’ll see how I made Waitrose truly accessible without abandoning either the cachet of quality or the margins that helped keep the worst of the hoi polloi down the road in Sainsbury’s.

Take my controversial launch of the Waitrose ‘Essentials’ range. Sensitive as only a boreal grocer’s son can be to the needs of hardworking families, we broke completely new ground by relabelling some of our nastier lines without - and here’s the clever bit - changing the contents or the price whatsoever. Poor people don’t like change, I’m told, which is just as well because you won’t get much of that out of a £20 note once you’ve acquired some staples such as Essentials honeyed wasps or lark spittle en croute.

And how about those green tiddlywinks that let you choose which of the three competing chapters of the Women’s Institute your store will be throwing your money at this week? Classic Mark Price common touch. Obviously we could just make a grant like the other supermarkets, but where’s the pointless ostentation in that?

Anyway, I’m off to run Channel 4. They’re looking for someone who knows about serving up meretricious, expensive rubbish to a self-appointed elite. Come Dine with Me!