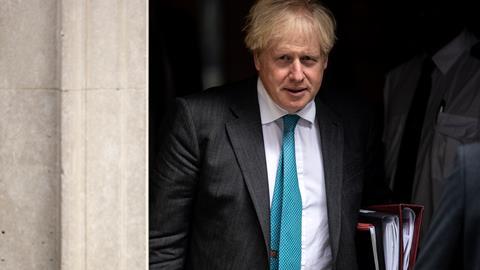 If the UK and EU fail to reach a deal before the end of the transition period, the resulting effect on food prices could be disastrous for shoppers

As the country battles on through Covid-19, Brexit has re-emerged as an even bigger threat to food security. Boris Johnson insisted earlier this month that if an agreement had not been reached by mid-October, there would be no trade deal with the EU. And with the final round of talks thrown into controversy following the release of the UK Internal Market Bill, a deal is looking increasingly unlikely.

Should the UK and EU fail to reach a deal by the end of the year, EU food imports – which account for 30% of produce in UK supermarkets – will face tariffs from 1 January 2021. So, what is the UK’s policy on tariffs, and how could it affect food prices?

The last time the UK was staring down the barrel of a no-deal Brexit, the government proposed slashing tariffs on most food and drink imports to zero.

Under its temporary tariff regime (TTR), first published in March 2019, tariffs were slashed to zero on 87% of the UK’s food and drink imports, with tariffs and quotas on beef, lamb, pork, poultry and some dairy to protect domestic farmers.

At the time, trade policy minister George Hollingbery said it would “avoid potential price increases that would hit the poorest households the hardest”. But the UK Global Tariff (UKGT), published in May 2020 and which supersedes the TTR, takes a very different approach.

On the whole, the UKGT largely reflects the EU common external tariff it will replace, as the UK’s new ‘most favoured nation’ schedule, though there has been some simplification. Which means tariffs on food are “particularly high”, according to a July report by the BRC. Should there be no FTA in place by 1 January 2021, EU food imports would face average tariffs of 20%, it concluded.

Fresh foods would be among the worst hit, particularly given tariffs would now apply to most EU fruit & veg imports. High tariffs would apply to all dairy products under the UKGT, too. That’s a significant change from the TTR, which included tariffs for some cheeses and butter products, but not for milk, cream, powders or yoghurts.

Another big change from the TTR is the absence of tariff rate quotas (TRQs) to maintain trade flows on key EU imports. The TTR included a TRQ of 230,000 tonnes annually for beef, for example, which could be used by any country, including EU members, for tariff-free access to the UK. But that hasn’t been replicated in the UKGT.

The stark differences between the TTR and UKGT can be explained by their very different political objectives, suggests James Kane, associate for the Institute for Government. “The TTR was designed to achieve economic benefits from a price neutrality perspective but it also had political aims,” he says.

Part of that purpose could have been to make a no-deal look unpleasant for the DUP. “You would have a regime where a lot of beef would be coming in from around the world and at the same time there would be unlimited flows of product from the EU into NI,” says Kane. “Because they weren’t going to apply even the very limited tariffs applied in GB in NI.” In contrast, the UKGT is targeted at the UK’s trading partners – primarily the EU. “It was intended to suggest to them that if they failed to reach a deal, there would be unpleasant consequences for the EU market,” Kane says.

What impact could tariffs have on food staples?

Unfortunately, there could also be unpleasant consequences for British shoppers if the UK doesn’t reach a deal with the EU. Research by the UK Trade Policy Observatory at the University of Sussex suggests dairy prices could rise 8.1% as a result of the tariffs, while meat could rise 5.8% and veg 4%.

Ambient staples imported from the EU, such as tinned tomatoes, olive oil, beans, pasta and pulses, would also get more expensive, according to the Affordable Food Deal campaign. “The UK Global Tariff would create an added cost for food importers on a range of everyday items,” says Naomi Smith, CEO of Best for Britain, which is behind the Affordable Food Deal campaign. “This cost will be passed on to food retailers and the supermarkets.”

On average, food prices in the UK are set to rise by almost a quarter (22.5%) in the event of a no-deal, according to research published in the British Medical Journal in March 2020.

With the UK already facing the worst recession in living memory, “these increases could have a devastating impact on low-income families, food banks and those already struggling to overcome the challenges of Covid”, an Affordable Food Deal report warns. However, with food prices so politically sensitive, many believe the UK government’s current position – that tariffs will apply to EU imports at the end of the transition period in the event of no-deal – is simply a negotiating tactic.

Ministers will have “various options” available in the event of no-deal, suggests Kane. “The first would be to charge lower tariffs. It would be rather a lot of work at short notice but in legislative terms there is no difficulty.” Similarly, they could create new TRQs, “which is again a very simple parliamentary procedure”.

Lowering tariffs for EU imports wouldn’t necessarily prevent food price rises in the event of a no-deal, though. Non-tariff barriers, such as new regulatory checks, would also add significant costs to industry. “Any disruption to the frictionless trade currently enjoyed between the EU and the UK will have the most immediate impact on fresh and short shelf-life products,” says Smith.

Then there’s the impact on sterling, which the Bank of England has previously predicted could drop by 15% in the event of a disruptive Brexit. “In that scenario you are looking at price rises of 20% across the board and the effect of tariffs is going to be quite muted in comparison,” says Kane.

The UK therefore urgently needs “a full and comprehensive deal with the EU, as the British public were promised in 2019,” insists Smith. Otherwise, supermarket prices will likely rise and food poverty – already at an all-time high as a result of Covid-19 – could reach crisis levels.