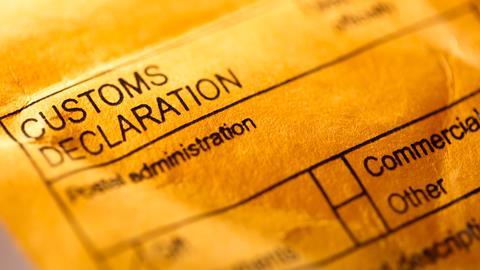 Can u-turn on border checks prevent chaos for importers?

In times like these, minor mercies can make all the difference. Which might explain why many in the food industry cautiously welcomed the government’s u-turn on post-Brexit border checks last week, despite the UK still hurtling towards the end of its transition period in ­little more than six months.

The move delays the UK’s plans for full border checks on EU goods until beyond 1 January. A temporary, light-touch scheme will see checks phased in over six months to allow businesses time to adjust.

The reduced controls will apply whether or not the UK secures a trade deal with the EU and are perhaps a positive sign that the government is willing, at least temporarily, to prioritise the flow of goods over checks. It is a lifeline for many companies still fighting through the pandemic. But will it be enough?

While importers broadly welcomed the additional time to prepare for full checks, there are frustrations over the lack of clarity in the government’s plan. “A lot has been said about the announcement, but it doesn’t actually give us a great deal more detail,” says Luke Hindlaugh, EU exit policy ­executive at the FDF.

Ports and logistics firms are among those in urgent need of specifics. For example, it is still unclear what new infrastructure and facilities will be needed to handle the new checks, says Richard Ballantyne, CEO of the British Ports Association, though he welcomes confirmation that checks can occur away from the ports to ease congestion.

Even where details of the future border process are provided, numerous problems seem to lie in wait. Under the new plans, businesses can delay submitting customs declarations and tariff payments until July 2021, though health documentation on animal and plant products will be required from April.

But the documentation itself must still be completed for all imports from January onward. Forms covering all a business’s imports for the first six months of the year can then be processed together come July.

The new timeline is therefore of little help to companies struggling to comprehend how they will be ready to complete the complex customs procedures by the start of next year. The government has committed to a £50m support package to train 50,000 customs agents to handle the extra paperwork, but whether such large-scale recruitment can be completed in time remains to be seen.

The delay of tariff payments also poses a threat of its own. The government has said tariffs are payable from January, but payment itself can be deferred until July. This could result in some businesses amassing a hefty bill and potential cashflow problems come the summer. “It’s one companies will have to keep track of because a number of large importers won’t want that cashflow issue come 1 July,” says Hindlaugh.

And if the government hoped its light-touch approach would be reciprocated by EU, it was quickly disappointed. On the same day its new plan was announced, the European Commission confirmed the full raft of customs and regulatory checks would apply to all British goods crossing the channel from 1 January.

For the many British manufacturers who import ingredients from Europe before re-exporting them as finished products, such differing approaches from the UK and EU could be highly problematic.

Importing an ingredient into the UK will be easier if no export health certificate is required. But once the product is ready to be exported, the absence of this form could make it difficult for the finished product to be signed off as safe – making export to the EU impossible.

Given the ongoing global pandemic, it’s also questionable whether businesses will be much more prepared in June than January. “You can easily imagine a scenario where we have a second wave of coronavirus, a renewed lockdown and the whole thing becomes even harder to deliver, and is pushed back further,” says James Kane, trade policy associate at the Institute for Government.

So while businesses may welcome any small mercies they can get at this stage, it’s still a far cry from the comprehensive trade deal once promised. A door that, unfortunately, could now be closed.