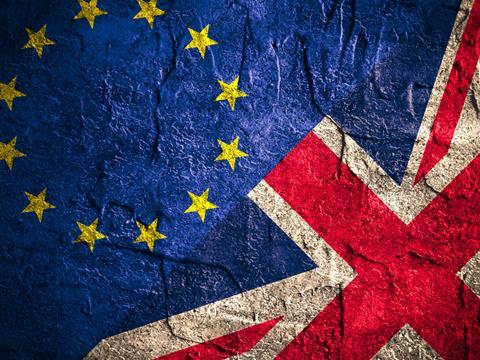 No one said Brexit would be easy – although plenty have suggested everything is going to be just fine. After all, the Germans will still want us to buy their cars, won’t they?

But if the past week is anything to go by, the gloves are now well and truly off and (to deliberately misquote Mrs May) it looks like we’re in for a “bloody difficult” couple of years.

Setting aside general concerns over the rights of EU citizens after Brexit, the collapsing pound, rising inflation, fears of a corporate exodus from the UK and a growing “us versus them” stance from the government, we now also have a fully blown briefing war between the government and the European Commission.

It must have sounded like a great idea to invite Jean-Claude Juncker to lunch at No 10 last week and see if there was any common ground between the Luxembourger and the PM. But the ensuing leaks from the European Commission (and May’s subsequent accusation Brussels bureaucrats were trying to influence the general election), mean Anglo-EU relations are already at an all-time low and the real work of negotiation hasn’t even started yet.

What is clear, however, is that the food and drink sector is uniquely exposed to Brexit, particularly if the PM carries out her threat to leave Europe with no deal rather than a “bad deal”.

As the Commons Efra committee warned last week, the government’s confidence everything will be fine looks severely misplaced, particularly in its assertion that the food sector “does not have a problem” in retaining and attracting migrant labour in the run up to Brexit.

That committee’s caution was echoed this week, when a report by the House of Lords EU Energy and Environment sub-committee warned (in addition to existing concerns over labour) that no Brexit deal with our former EU partners could jeopardise up to 97% of our export market.

No deal, of course, means falling back on WTO rules and significant tariffs for many UK food products, and that prospect would incur ‘substantial costs associated with tariff and non-tariff barriers when exporting to the EU, with sectors such as pig and sheepmeat at particular risk’, the report warned.

What’s that I hear you say? We can flog our food to China, or India, or the US?

Well that’s true, but it takes time to negotiate trade deals, we don’t know how long that could take, and the Lords report suggested it was doubtful we could continue to participate in the existing free-trade agreements we currently have (through the EU) with other third countries. Hence the warning that 97% of our exports could be affected by a so-called hard Brexit.

All this comes at a time when the agriculture sector fears the worst, and while exporters such as dairy co-op Omsco warn existing export drives to third countries such as the US could also wither on the vine.

Regardless of how you voted in last year’s referendum, it makes for grim reading.

Granted, we are still be in the early stages of leaving the EU and a degree of posturing is to be expected on both sides. But it’s clear the road ahead will be difficult, particularly for the food sector, and no amount of Iron Lady-style defiance from the PM will change that.