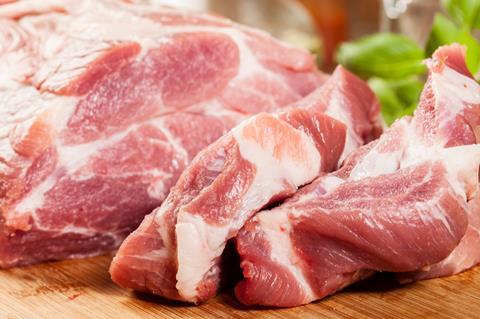 Under the new schedule, EU imports of foods including beef, poultry, pork and cheddar would face tariffs for the first time

The government today published the long-awaited details of the UK’s new tariff schedule that would apply in the event of a no-deal Brexit, following the second defeat of PM Theresa May’s EU withdrawal deal in the Commons last night.

Under the new schedule, import tariffs on most foods have been cut to zero. However, EU imports of some other foods - including beef, poultry, pork and cheddar - would face tariffs for the first time. They would apply from 11pm on 29 March 2019 and would be in place for 12 months.

It means tariffs would apply to some EU imports for the first time, with a potential price impact for processors, retailers and consumers.

FDF CEO Ian Wright warned businesses would not be able to adapt to the “confusing and complex” new system within two weeks.

“It is disgraceful that we are, only now, getting to see these,” he said. “There must be proper consultation with business before a change of this magnitude is introduced.

“We were promised that business would only have to adapt to one new change of rules. It’s now clear that promise has not been kept.”

The new system was likely to lead to “massive trade distortions”, he added. “New tariffs will apply to some foods that are currently imported tariff-free, yet no tariffs will be applied to goods that cross the border between Ireland and Northern Ireland.”

There was also “little explanation” as to why some foodstuffs qualified for partial protection and others for no protection at all, Wright said.

Echoing Wright’s concerns, NFU president Minette Batters said it was “appalling” farmers and food businesses were only now able to see what tariffs would apply on imported food in a no-deal scenario.

“Farmers and food businesses have no time to prepare for the implications, which will be exacerbated by the fact that we will face tariffs on our own exports on food into the EU and other countries with whom we currently enjoy free trade arrangements,” she said.

While the NFU was “pleased” to see the government had listened to its concerns and chosen to maintain tariffs for some key agricultural imports, it was “enormously” worrying that other sectors would not have any tariff protection - notably eggs, cereals, fruit and vegetables, Batters added.

“Even those sectors that are treated sensitively will, in most instances, see worrying and large reductions in the tariff rates currently charged on non-EU imports,” she said.

“Furthermore, the approach taken by the government to lump products under the same high-level tariff code, for example whole carcases and high-value cuts of fresh beef, means there is a high chance of market distortion for many sectors who are deemed to have been treated sensitively.”