Organics fear exclusion from EU due to trade deal ‘omission’ 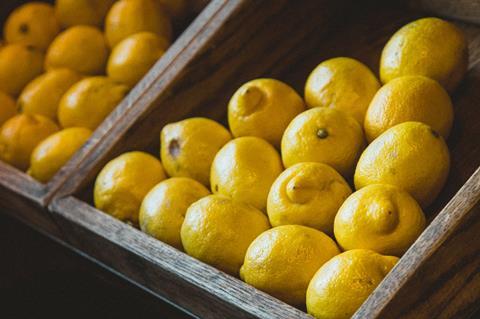 Organic traders fear they may soon be forced to cease trading with Europe because of gaps in the UK-EU trade deal.

The agreement made no specific allowance for business importing organic goods from third countries before sending them on to the EU without processing.

It means that businesses that use the UK as a distribution centre for supplying Europe could lose their organic status on exports and with it, the price premium that the label commands.

Organic goods undergoing substantial alteration in the UK, on the other hand, are specifically mentioned in the deal and so can maintain their organic certification when heading to the EU.

Due to the trade deal’s omission, many organic producers have fallen back on an ‘EC1235’ equivalency agreement granted by the EU last year prior to the trade deal being signed. This has enabled organic trade to continue for now. However, there are doubts over the legitimacy of the process.

Five of the six British organic certifiers discovered in January said they had not been programmed into Traces, the EU’s software for logging exports, meaning businesses certified by those bodies cannot register their product for export.

The effects have been manageable so far, said Roger Kerr, CEO of Organic Farmers & Growers, as exporters have either paused trading, shifted supply routes, or switched to the Soil Association – the only body logged within Traces – for accreditation. “It’s still frustrating though,” he said, “because there’s no technical reason for this and we’re not getting any clarity from EU side as to why.” He added the impact was “discriminating” between certifying bodies.

Lee Holdstock, trade relations manager at the Soil Association, said he was also unclear why his body was the only one certified within Traces. “It worries us because it makes us realise ‘well if those guys are not being given functionality, what’s the problem?’.

“The current situation, born out of an omission is making a nonsense of trade…and feels entirely unnecessary and avoidable,” said Holdstock, adding it could mean “millions of pounds of lost trade and jobs put at risk”.

Alex Pearce, MD of Langridge Organic Products, the UK’s leading wholesaler of organic fresh produce, said losing the Soil Association’s EC1235 accreditation would mean the business may have to “cease trading” certain products, a result that seemed “unfair and arbitrary”.

“It makes no sense to me that if I were to squeeze the lemons, then I would be allowed to continue exporting as normal under the trade agreement, but because they simply get broken down to smaller units to be sent on, I must rely on the EC1235 [equivalency agreement] provided by the Soil Association.”

A Defra spokesperson said: “Some organic businesses have raised concerns with us about the EU apparently treating UK organic control bodies differently from one another.

“These rules are set by the European Commission so we encourage UK control bodies to raise issues regarding the EU’s import system with them.”