Supermarkets to withdraw from NI if trade talks fail 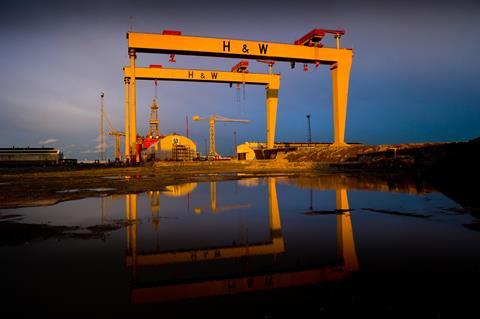 Supermarkets could initiate plans to withdraw from Northern Ireland as early as next month if “meaningful clarity” does not emerge on the future border process between Great Britain and Northern Ireland.

Trade talks with the EU were thrown into disarray this week as the government published new laws intended to modify parts of the Brexit withdrawal agreement agreed with the EU last year.

The internal market bill would allow the UK to remove the need for export paperwork on goods moving from NI into GB, while ministers are reportedly also looking to introduce further powers to let them decide which goods moving from GB to NI are subject to EU tariffs later this year.

Supermarkets have pressed the UK and the EU to implement a ‘trusted trader’ scheme to allow them to bypass the worst of the checks and tariffs on goods moving from GB to NI, though retailers are wary about the government’s latest move.

“If this is a negotiating tactic then unfortunately it just adds to the uncertainty of Northern Irish supermarkets,” said Aodhan Connolly, director at the Northern Ireland Retail Consortium. “The Northern Ireland protocol is not perfect, but it averts some of the worst consequences of a chaotic non-negotiated outcome.”

The new row with the EU is the latest obstacle ahead of Boris Johnson’s self-imposed deadline of 15 October for a trade deal, after which he said the UK would walk away.

Clive Black, a retail analyst at Shore Capital, said if a deal wasn’t agreed by that date then by the following day, “we could have a crisis in the food industry in Northern Ireland”.

Supermarkets would look to weather the storm if disruptions were thought to be short-lived, said Black, but if new frictions were seen as permanent then businesses would “not sit around and pontificate” he said.

“There has been chatter about at least two supermarkets withdrawing from NI. If they did then I don’t think they’re going to hang around if it looks like the prevailing situation will last.”

Michael Bell, executive director of the Northern Ireland Food and Drink Association (NIFDA), agreed that businesses in Northern Ireland would respond “very rapidly and very logically to economic signals” in the coming weeks.

“Food is particularly sensitive to economic signals because the margins are very tight, and the nature of the product is often short life.”

Bell warned that supermarkets withdrawing from Northern Ireland would have a knock-on effect for other Northern Irish businesses reliant on access to the British market. Major retailers, for example, use trucks supplying Northern Ireland stores to backhaul produce back into Great Britain, explained Bell, the loss of which could undermine trade networks.

“People tend to think of NI-GB trade as somehow completely separate to GB-NI trade. They are two sides of the same coin and they affect each other,” he said.

In a no-deal situation, the UK would have to break the Northern Ireland protocol agreement - a breach of international law - in order to avoid checks and tariffs on goods moving between GB and NI. The treaty is designed to prevent a border on the island of Ireland and protect the peace process by binding NI to the EU customs union at the end of the transition period.

Supermarkets have argued they cannot operate under the existing protocol without a special deal, said one senior industry source, and the government has reportedly pushed the case during meetings of the Northern Ireland joint committee, the body responsible for overseeing the implementation of the withdrawal agreement made up of UK and EU members that runs separately to trade negotiations.

“We’ve watched the supermarkets trying to negotiate this for the past three months,” said the source, though they warned “what you can’t have is a situation where the government gives the supermarkets privileged access”. This could result in “disadvantaged parties” such as foodservice and convenience stores launching an appeal to the Competition & Markets Authority, they suggested.