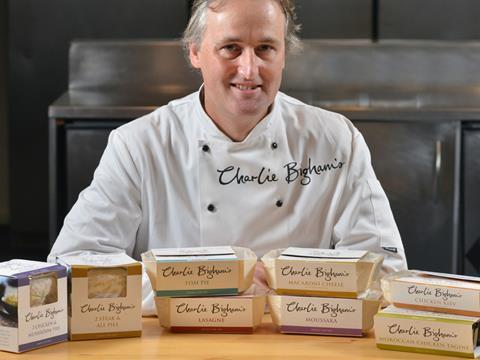 Charlie Bigham’s has reported another surge in sales to nearly £60m as appetite for its posh ready meals continues to grow unabated.

Retail sales were up 35% year on year to £57m in the financial year ended August 31 2016, the supplier reported today.

The latest growth came despite June’s Brexit vote and the current “uncertainties” in the market, it said, and meant the brand was still one of the “fastest-growing in fmcg”.

Shopper awareness of the brand hit “new heights” after a TV ad shown across London and the South West in March notched up 54 million impressions, it added.

It extended its meals for one offer last month with two new varieties - Cottage Pie and Meatballs Al Forno.

Plans to build a new production kitchen in the South West so it could keep pace with growing demand were now “well underway”, the company added.

“It’s been another fantastic year for the company and we’re all delighted that consumers are choosing our delicious recipes on such a frequent basis,” said founder Charlie Bigham.

“Our focus will continue to be on making our food even tastier and on introducing more and more people to our range. We’ve got lots of exciting plans to help bring more people together over great food in 2017.”